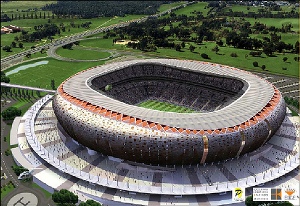 Between June 11 and July 11, 2010 South Africa will host the 19th FIFA World Cup, an international tournament for football. It would be the first time that the World Cup has been hosted by an African country.

The stadiums located in the following cities will host the events: Bloemfontein, Cape Town, Durban, Johannesburg (two), Kimberley, Nelspruit, Polokwane, Port Elizabeth, Pretoria and Rustenburg. Five new stadiums will be built for the event, while five of the existing venues will be renovated. South Africa is also planning to improve its public transport system and implement special security measures to ensure the safety of the participants.

To much of the locals’ delight, many of them will be able to get directly involved in the organization of the World Cup. The 2010 Fifa World CupLocal Organising Committee (LOC) plans to recruit both specialist and ordinary people as volunteers. According to LOC as many as 15,000 volunteers will be needed for the World Cup.

If you are interested in applying, you must be over 18 years old by March 2010 and must live in one of the host cities mentioned above.