Want to escape the World Cup? How about Germany? 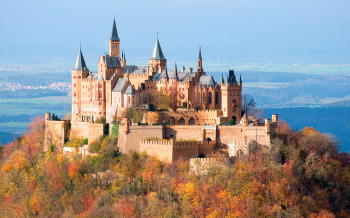 So if you’re paying attention to the sporting news lately, the World Cup is on everyone’s lips – and with good reason. We just passed the 100-days-until-kickoff mark, and the games are finally right around the corner. Footy fans the world over are in the home stretch, and the thousands upon thousands of lucky people who have tickets to South Africa and to the games themselves are getting excited enough they might actually be starting to think about what they’ll pack for their trip.

But what if you’re already in South Africa and – to top it all off – not a soccer fan? This, my friends, is the perfect excuse to get out of South Africa for a few weeks on your own World-Cup-free holiday. And, to incorporate just a bit of sporting humor, may we humbly suggest a trip to the last country that was invaded by football hooligans for a World Cup? That’s right, we’re talking about Germany.

June and July are pretty good months to visit Germany, with nice summertime temperatures all the way up to the north coast. It’s true that you may find cheap tickets to Germany are more plentiful in the low-season, but then you’d be stuck with staying in South Africa during the tournament!

As is the case with flights, accommodation in Germany tends to be cheaper outside the summer months, but there are definitely bargains to be found even in June and July. For instance, there are so many new hotels in Berlin popping up all the time (the city seems to be in a constant state of construction) that the competition for tourists can lead to discounts you might not otherwise expect in the summer.

In addition to soaking up some nice weather in Germany with a summer visit, you can rest assured that at least a good portion of the country’s hooligans will be far, far away… Of course, you don’t want to irritate the German fans who are left, so you might want to pack a Germany World Cup jersey in your suitcase – it’ll help you make friends, that’s for sure.