Hotels Close to the World Cup Stadium in Cape Town 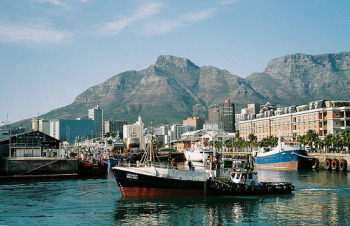 Cape Town is South Africa’s most-visited city and there’s no shortage of accommodation options here, from luxurious four- and five-star hotels and inns to cheap and basic hostels.

Visitors coming to the World Cup and hoping to snag accommodations near the Green Point Stadium will also have a range of possibilities. The stadium is located near the Victoria and Alfred Waterfront, in the Green Point neighborhood along the coast. It’s within walking distance from most of the city, including the Waterfront, the City Center, Sea Point and the man drags of Long Street and Kloof Street. This means that no matter which type of accommodation you’re looking for, you can find it close to the stadium….if you book soon. The better places are sure to fill up quickly, which means you’ll either get stuck further away from the stadium (and then need to rent a car or take lots of cabs) or be forced to pay sky-high rates.

Which neighborhood to choose depends on your travel style and budget. Long Street, in the City Center, is home to more hostels and backpacker lodges than high-end hotels. It’s also a main spot for bars, restaurants, and boutiques, so if you want to be close to action off the field as well, this is a good choice. It’s about a 20-30 minute walk to the Waterfront and Green Point. A bit closer, the colorful Bo-Kaap area offers lots of smaller guest houses and B&Bs and is very pleasant during the day, but is less safe at night. If you stay here, you’ll rack up more charges in cab fare at night.

Closest to the stadium, the V&A Waterfront is the most touristy area, but for those who are looking for a more lively area close to the stadium, it may be ideal. Hotels here tend to be of the full-service, up-scale variety, and with a price tag to match. From Green Point and parts of Sea Point, you can walk to the stadium, but as you go further along the coast, you’ll need to take a cab to get to the stadium.  The good news is, taxis in Cape Town are relatively cheap, and going from the City Center or Sea Point to the stadium shouldn’t cost you more than 60-80 rand.

Though security will be heightened during the World Cup, safety is still a concern in Cape Town. Be sure to ask at your hotel or hostel about areas to avoid, don’t walk alone at night, and stay in well-lit, populated areas.

Here are a few options for hotels and hostels close to Green Point Stadium.

The One & Only Cape Town

On the ultra-luxe end of the spectrum, the One & Only Cape Town offers sophisticated furnishings, luxury bedding, and the services of a dedicated butler, 24 hours a day. There’s a sprawling pool, NOBU restaurant, and tranquil spa (located on a private island) on the grounds. The hotel is located on the Victoria & Alfred Waterfront.

Another V&A Waterfront luxury property, the Westin Grand is a five-star hotel offering all the amenities you expect from a Westin, including the signature “Heavenly Bed” and modern conveniences like free wi-fi. There’s an onsite pool, spa, fitness center and four lounges and restaurants.

Located along the coast, this five-star hotel offers 177 rooms and suites with stunning views of the Atlantic Ocean or Table Mountain. Services include free wi-fi, a spa and fitness center, and a bar and restaurant overlooking the ocean.

For more intimate accommodations, check out 18 on Crox. This luxury guesthouse offers impeccable service and upscale lodging in four rooms decorated with traditional African furnishings.  Continental breakfast is included and complimentary coffee, tea, cakes and sherry are served each day. There is a small plunge pool onsite, wi-fi is free, and children under 16 are not permitted.

If you’re planning an extended stay in Cape Town and want the convenience of having your own kitchen, Flat Rock Suites is a great option. These “aparthotel” rooms are furnished like apartments, complete with fully stocked kitchen, but also offer reception and concierge services, housekeeping and security. Flat Rock Suites is located just off Long Street in the center of the dining and nightlife area, about 20 minutes away from the stadium by foot.

Another luxury B&B property, De Waterkant offers nine rooms near the Bo-Kaap district. Rooms vary from “traveller’s rooms” which are said to offer a more upscale backpacking experience, to lavish “superior rooms” with ensuite bathrooms and queen beds. Continental breakfast and internet are included and there is a small pool onsite.

For those on a smaller budget, Daddy Long Legs offers both affordable accommodation and a unique experience. Every room in the hotel has been decorated according to a different theme by a different artists. Each room features an ensuite bathroom and wi-fi and breakfast are available for an additional fee.