Mpumulanga in the local Swazi language means Land of the Rising Sun! 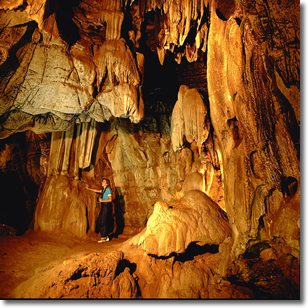 True to the name this is definitely the wild heart of South Africa. Here wildlife, culture, mountains and bushveld merge, opening the opportunity for anything from caving, balloon safaris, kloofing, hiking, and of course foot or four wheel wildlife safaris. Mpumulanga offers limitless potential for the young and the young at heart.

There is more to see and do in Mpumulanga

Kruger National Park is the flagship destination here. The main park complex and its many surrounding private reserves offer almost unlimited opportunities for big game-viewing, and in particular for tracking down the elusive African predators, and of course the ‘Big Five’ – lion, leopard, elephant, buffalo and rhino – sought after by every enthusiast fortunate enough to visit this beautiful region.

The wider habitat in which these animals are to be found is of course fascinating in itself. The Wild Frontier region of Mpumulanga hosts some of the oldest life forms discovered on earth, some dating back 3 billion years. The oldest mountains are the Mkonjwa Mountains – some of the most ancient in the world. See all this along the Wild Frontier’s heritage trails, hiking trails and 4×4 trails – a journey of discovery in a truly wild part of Mpumalanga. 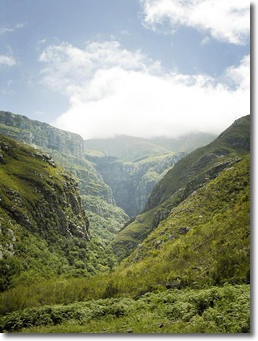 Start your visit at the beautiful little historic town of Barberton was the centre of the early gold rushes, and was the location of the first stock exchange established on the African continent. This is also the home of the ‘Barberton Daisy’ – a species of Gerbera that has been hybridized and that is now found in flower arrangements around the world.

The main language groups of the Wild Frontier region are Swazi and Tsonga (Shangaan). These are the people you will meet in and around the Kruger National Park.

The Shangaan are drawn from a long line of great hunters and trackers. The Swazi people are part of the larger Swazi nation of Swaziland ruled by a King and traditional Chiefs, this all being an important and integral part of their culture.

Many local villages, traditional healers (sangomas) and herbalists (nyangas) welcome visitors, and an off-the-beaten-track idea is to explore the alternative medicine farms where these healers and herbalists have combinedwith conservationists in order to establish nurseries for endangered medicinal plants. This is a vital new farming initiative as the continental market for “muti” (medicine) plants is growing so fast that the countryside was being stripped of plants at an unsustainable rate.

If you are a souvenir hunter you will be spoilt for choice in Mpumulanga, the home of regionally renowned woodcarvers, bead-workers, wire crafters, ethnic fabric needle-workers, weavers, ceramicists and metalworkers. Rural arts and craft stores can be found almost anywhere, and in the towns of the wild frontier a fraternity of internationally celebrated artists show and sell their work.

Look out for exceptional sculptures and paintings for sale in the many featured art galleries across the region.

Kloofs and Caves, just a small part of Mpumulanga…

Adrenalin enthusiasts are particularly well catered for along the Wild Frontier. Have you heard of kloofing? Would you like to try it? 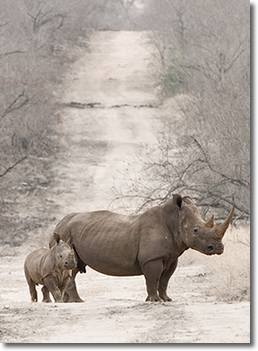 Kloofing is the South African version of canyoning, and is usually a small group activity in an around the deep river valleys and gorges of the northern Drakensberg. Additional options are abseiling, canoeing or rafting into wild and secluded valleys, rapids and waterfalls. Cavers are not forgotten, with perhaps the most famous example being the extensive Sudwala Caves of Mpumulanga, an historic and geologic wonderland. Peering in is like looking back over 3000 million years! These incredible caves lie in the Drakensberg escarpment separating the Highveld and Lowveld of Mpumalanga. Prehistoric humans sheltered here approximately 1.8 million years ago, while in the 19th Century a relative of the Swazi king – Samcuba – used the caves as a fortress.

Later still, during the Anglo/Boer War, gold bullion and sovereigns are said to have been stored here by President Paul Kruger. This was known as the Kruger Millions. If the gold existed it soon vanished and remains unaccounted for. Many fortune hunters have searched fruitlessly over the years to find it, but to no avail. The closest anyone came to finding treasure on the caves was in harvesting and selling bat guano to farmers in the surrounding areas!

The Sudwala Cave complex is open for regular guided tours as well as a more adventurous five-hour caving excrusion.

The complex itself is dominated by the amphitheatre with its high corridor measuring 150m. The chamber is almost circular, 70m in diameter, and reaches a height of 37m. The air in the cavern is fresh thanks to natural air-conditioning, maintaining an even temperature of 17degrees year round.

This is the Wild frontier of Mpumulanga, and the rest is up to you. Go on safari, gather memories. insights and a deeper understanding of Africa, its people, its wildlife and maybe even of yourself!