This new release and first book by South African author Sihle Khumalo, details his travels from Cape to Cairo by public transport.

‘I had always wanted to write a book but I had never known what type of a book I would write. As my 30th birthday was getting closer I thought, why don’t I do the Cape to Cairo – which I had always wanted to do – and then after the trip attempt to write a book based on my travels and thus kill two birds with one stone. As they say, the rest is history.’ 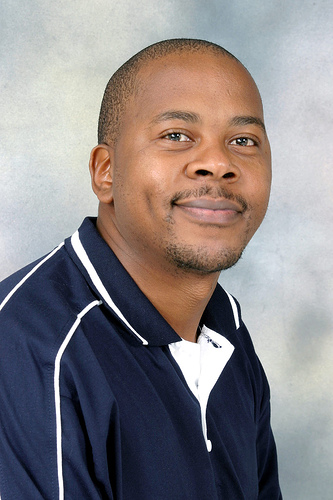 From Cape to Cairo – that’s the intention, and that’s the span of the book. Shades of Kingsley Holgate and extended family, with Land Rover engines rumbling and belching, and loads of red rum around camp-fires at night! Maybe a lion roaring, or some hyenas yelping in the distance!

Well – not so, when Sihle Khumalo describes his real-life encounters. Same route, by and large, that many have traversed over the “dark continent”, but somewhat unusual, and a great deal more stamina required by the writer! Because, when the perspectives are flowing from an obviously suave, worldly-wise African graduate of Uni and sometimes life, choosing to get down and dirty on the roads and buses that span this large and complex continent we call home, this make for excellent reading, as well as some good laughs

So, sit back and travel tightly with our friend Sihle, as he buses through most of southern and eastern Africa’s states, backpacks through some very odd places, joins queues for hours at border crossings, gets mildly irritated at fruit and food vendors, becomes furious when he isn’t offered a lift in an air-conditioned 4×4 (with a license plate not far from where he started, two months prior!)………..and you find that he has crept right under your skin, whether it’s superficially black or white! Recall as you read, the personal resolutions he vows to keep, on his return to normality in SA (be worth finding out how our friend is doing on those, I suspect!). Chuckle at the ladies he tries half-heartedly to hook up with, en route, more out of curiosity, it seems, than serious intent

But appreciate also, the effort gone into researching his subject, the painstaking eye for detail that he shows, and realise that this was no fly-by-night, candle-light written activity, but succeeds in enlightening, as well an entertaining the reader with ease

In summary, I found this a good read, from an fascinating perspective – but, I am totally biased, because of my own great love for exploring this warm, mother landmass we were born into! And once I got started, I had no desire to put it down, till the sun shone on the bright sunny port of Alexandria on the Med.

Well done, Sihle – you managed to fulfil your own restless dream, and you have probably stirred up some more, that same dream in many of us!