The History and Culture of Lesotho

Thanks to K. Limakatso Kendall, traveller and writer, for this piece on Lesotho 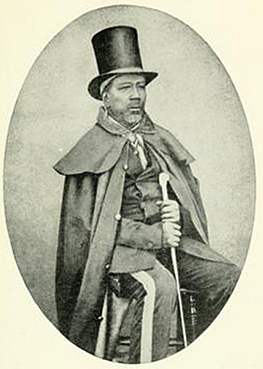 First there was the land. Fifty million years before the Alps thrust skyward, sheets of golden yellow sandstone were heaved, tossed, and capped by volcanic spew that hardened into basalt. Dinosaurs slapped their tails in the muck and left footprints in hardening rock. (Looking for the plentiful three-toed dinosaur footprints is a great excuse to explore the hillsides now.) Lesotho had its own cute little vegetarian dinosaur called Lesothosaurus. Forests rose and fell. Great beasts competed, and a few survived.

The First People and Livestock

Around 8000 BCE the Baroa, or San—a small-bodied hunter-gatherer people with golden skin like the sandstone around them, traveled the lowlands in winter and the peaks in summer, and named the land in a language of many clicks. A few thousand years after the San, the Khoi, another nomadic group with a language based on click-sounds, arrived from the north. Some of the San and Khoi people mingled, apparently with relatively few conflicts, in a time when Britons prayed to be delivered from the fury of the Norsemen. The Khoi brought goats and sheep to Southern Africa around 600 CE, and in about 1000 CE, cattle.

Then darker-skinned peoples from the north and the south moved into the fertile valleys on both sides of the Maluti and established agriculture next to the Khoi and the San. The concept of land ownership was unknown, and the Khoi and San continued walking, herding, hunting and gathering while the newcomers planted millet and hemp. There was room for everyone, and the people who came to be called the Basotho lived in harmony with the land from the south banks of what is now called the Vaal river to the peaks of the Maluti Mountains, across the other side, into the valleys of Zululand that tilt down toward the Indian Ocean.

The complex societies that developed were probably decentralized, communal, and relatively egalitarian. Despite the considerable cultural diversity of the people on the land, there seems to have been little or no “tribal strife” among southern African peoples. Yet this land was no primordial paradise. Droughts or floods could be devastating; plagues of insects appeared and disappeared; wind storms, lightning, and hail troubled hunters and gatherers as well as farmers; wild animals and snakes terrorized small holdings. 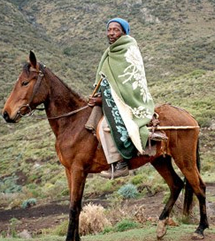 The People and their Beliefs

The bones of family members were buried with care near their homes. The spirits of loved ones who had passed away were remembered and revered, and spirits were thought to be present and able to assist the living, so long as they were remembered. The people created rites of passage into manhood and womanhood. These included single-sex initiation “schools,” periods of intensive training in the arts and skills of taking on adult responsibility to the community as well as the arts and practices of sexuality.

A rich spirituality, generous and respectful of the earth and of human life, developed as a way to cope with life’s impermanence, a way to seek protection from danger, a way to explain the inscrutable ways of nature and what might lie beyond it, and a framework for ethical behavior. There were customs attached to gender roles that alternately oppressed and empowered women. Yet the proto-Basotho brought innovative, imaginative approaches to the problems life offered them and to the questions of life, love, death, birth, and meaning.

The Worst of Times, and the Missionaries

Historians of Lesotho differ in perspective and interpretation on many subjects, but all agree that the 1820s were a terrible time. Droughts led to famine throughout southern Africa, and bands of starving and desperate people competed in ways hitherto unknown for land, food, and animals. To the east and south of the Maluti Mountains, bands of Nguni people forged a Zulu nation. Some proto-Zulu warriors raided Sotho villages and threatened to take over parts of the Maluti Mountains as well. White settlers moved into the fertile Vaal valley and simply claimed it as their own, pushing the Basotho off their own land and up into the mountains. Until this time, many small chiefdoms had been adequate to provide for the needs of Basotho communities scattered over a vast area. But under the pressures of the 1820s it became desirable for the many small units to gather into a larger political entity as a means to cope with insecurity of every kind. A kingdom began to consolidate, and in 1868, Lesotho came to exist as a political entity. 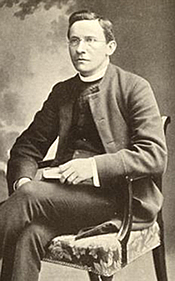 European missionaries began arriving in the 1830s. They differed in motive and practice, but most offered the Basotho a “civilized symbolism”: a white man nailed to a cross and bleeding for their sins, the dualism of Heaven or Hell (and perhaps Purgatory), and a need for individual, rather than collective or communal, salvation. The self-sacrificing white man on the cross stood for many beliefs like their own: peace, honesty, love for one another, kindness toward children, respect for elders. Basotho, always welcoming to guests in their country, politely received these new belief systems and in many cases took Christian beliefs deeply into their hearts, but most did not put away their respect for their old beliefs. Why should they? The missionaries could not agree on what Christianity was all about.

Protestants and Catholics railed against each other and competed for converts as if adherents were a kind of wealth. Some missionaries honored the Holy Mother, as well as the Father, the Son, and the Holy Ghost; others said that to honor the mother was a form of idolatry. Some offered rosary beads and novenas, waved fragrant censers, and wore elaborate vestments in churches adorned with statuary. Others wore simple black clothing, opposed any indulgence of the senses, and taught that rosaries, incense, and statuary were irrelevant or abominable. The competitive missionaries must have seemed confused and belligerent to the tolerant Basotho.

Relations with the Land of Apartheid

By the time apartheid was established in South Africa, in 1948, Lesotho had become a labor pool for South Africa. Although it has always maintained sovereignty from South Africa, Lesotho is completely surrounded by that country; its monetary system is pegged to that of South Africa; all of its imports come through South Africa on the way in, and all of its exports go through South Africa to get anywhere else. Most Basotho men who migrated to South Africa had to leave their families behind and live in massive all-male dormitories constructed for mine and factory laborers. Men were not the only migrants. Some women found jobs as “live in” domestic servants, and that required leaving their children and their community behind.

This picture has been changing steadily since the mid-1990s. Once South Africa achieved democracy and apartheid came to an end, Basotho workers were perceived as “foreign,” and as competitors for jobs which might be held by South Africans. Jobs for Basotho in South Africa began to disappear. The AIDS epidemic changed everything.

AIDS: the Plague of Plagues

Every family in Lesotho has lost loved ones to AIDS-related illnesses. It is estimated that about a third of Basotho currently suffer from AIDS, but no one knows the true percentage. Medical care, treatment and diagnosis are almost nonexistent in most areas of Lesotho. People die of pneumonia, dehydration from diarrhea, or wasting illnesses, and their spouses and infants develop similar symptoms.

The number of homeless children, AIDS orphans or those who have become homeless as a result of alcoholism, family disintegration, or abandonment, defies estimation. In every town and village there are homeless children, and in the city and towns, begging children haunt every street and alley—some homeless, others living in makeshift shelters with relatives or friends. Little girls as young as seven are taken in as prostitutes by pimps and crime rings. Some remain in Lesotho, but there is a much larger market for child prostitutes in South Africa, where they work until they are thrown out and left to die, often riddled by disease, before they are twenty. 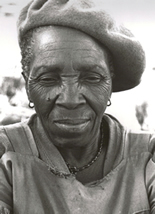 The Status of Women

Basotho women’s legal status is nil. All women are legally “minors” in Lesotho under customary law. Under common law, women are minors until the age of twenty-one, but they revert to minor status if they marry, attaining majority status only if single or widowed. Women cannot hold property; they have no custody rights in the case of divorce; they cannot inherit property if they have sons; they cannot borrow money, own or manage property or businesses, sign contracts, buy and sell livestock, land, or “unnecessary” goods. Nor can a woman obtain a passport without a husband’s or father’s consent. If a woman’s husband and father have died, her local Chief (ninety-five percent of Chiefs are male) can sign for her. These customs, which were perhaps dormant in the patriarchal order that preceded colonization, were enshrined in law through the British system imposed by the missionaries and colonizers. Middle-class Basotho women, many of them now lawyers and legislators, have been working for legal reforms for the past thirty years, but they still have a long way to go. Visiting women, whether tourists or working expatriates, are generally treated as honorary men and enjoy freedoms and safety that local women cannot yet expect.

Lesotho—scenic wonder, Roof of Africa, Africa’s Switzerland, Kingdom in the Sky—is a nation of hardworking women and children (most of whom sleep with hunger), and men who have been “made redundant” (euphemism for “fired”) in South African mines and factories. These facts are grim, and yet the reality is far richer and more transcendent than the facts suggest. There is only one city: Maseru, the capitol. Life in Maseru is beset by the signs of economic strain that plague all large cities: panhandlers, street children, litter, crowding, and the shocking disparities of four-star hotels and slums. But life in the rest of the country is uniquely what its geography and its culture have made it.

Lesotho is also a nation of lengthy greetings, of laughter, of singing and ritual. Traditional healers beat their drums and stage impromptu parades. Local people walk everywhere, filling the roads and foot-paths with color and conversation. There is a profusion of children and chickens, informal “taxis,” vans with mega-bass loud speakers that temporarily deafen their riders, and vendors who set up business on any grassy verge by laying out a blanket and their wares. Lesotho is green, green hills in summer (November through February), butterflies at Christmas, treeless mountains, snow drifts in July, frozen waterfalls in August. Lesotho is a landscape that resembles Tibet but is easier to get to: vast stretches of dramatic mountains crenellated by cloud-shadow, fields of white and purple cosmos, bursts of wild red flowers like wild ginger, waterfalls and birds. Lesotho is thatched roofs on round mud houses, sheep and goats watched over by boys who wear blankets over their shoulders, young girls doing circle-dances, women hanging laundry over bushes, and men playing “marubaruba,” a game laid out on a checkerboard and played with stones or bottle caps. The official languages of Lesotho are English and Sesotho; the monetary system is the same as the South African Rand, and Rands can be used for legal tender; it’s fairly easy to get around the countryside; and the country lodges are safe and fairly undiscovered.