How to avoid getting scammed in Cape Town #1 : Hitchhiking Conmen 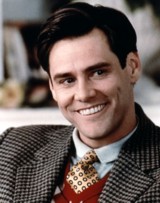 As a South African, and long time sufferer of cons, tricks, scams and so forth, I like to think of myself as at least a little streetwise. Well pride comes before a fall, and I would like to warn fellow Capetonians and anyone planning on driving our roads of a new fad in scallywagginess.

I was innocently driving home the other day when I saw a hot and bothered elderly man toting a briefcase along the R27 (West Coast Road). He was half heartedly hitching with his free hand, in an embarrassed manner. Of course I pulled over to help Oupa (Grandpa) out and he seemed very appreciative and indeed surprised that anyone would have stopped for him.

I wasn’t going far along the road, but he managed to let me know that he worked in Saldanha bay at the oil refinery (about 1.5 hours up the R27) He had come to Cape Town for a dental appointment but was robbed of his wallet whilst in town.

I had no reason to disbelieve him, as he looked so out of place thumbing on the highway. He made no mention of wanting money and only volunteered his plight when I made conversation.

As he trundled from the car and started walking I stopped again to ask him if there were buses running to Saldanha and how much he might need to catch one. I gave him R50 ($8) and felt very upstanding.

Alas a few days later, there he was again, looking disgruntled and sweaty, hitching up the R27. So I hit him with the car door going 110..not really. I have since seen him no less than 4 times on that road and one day I think I will pick him up again and drive him all the way to Saldanha, and undo some of that dentisty.

He is not alone in this, I picked up a man and his 3yr old little girl, apparently fetching his other 2 daughters from school, by foot, over a distance of 15km round trip… As we were approaching his stop, he let out that he had a car, but was unemployed and so couldn’t afford petrol. A very rough handed con, I thought, and so I slammed his hand in the door and kept driving… not really. If you have the gall and the time to take your toddler out conning people, surely he has a lucrative career in sales or politics?

Be careful picking up hitch-hikers in South Africa, I only do it because I used to be one. If you do, be sure not to hand over any money!