Thanks for this piece to Nicole Apelian. Nicole is a guide and African safari specialist, you may join her this year on an interactive safari in Botswana 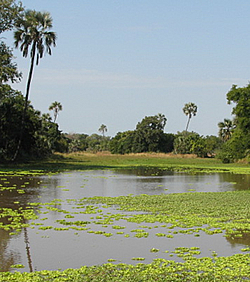 Gorongosa National Park, located in central Mozambique, was once Southern Africa’s premier wildlife preserve. Hollywood actors, royalty, and wildlife enthusiasts would fly thousands of miles just to witness the diversity and abundance of its animals. The 4000 square kilometer park is located at the southern end of the East African Rift Valley and boasts a number of varied habitats, making it ripe for ecological diversity and a proliferation of wildlife.

Gorongosa sounds idyllic, but after the end of Mozambique’s 17-year civil war, 95 percent of the mammal population had disappeared. RENAMO, an internal resistance organization funded by apartheid South Africa and active during the 1980s and 1990s, used Gorongosa as a base of operations for most of this period. As a consequence most of the prominent species were either eaten, poached for their ivory or destroyed by gunfire and landmines as a direct result of the fighting.

There is, however, new hope…

The Carr Foundation, created by Greg Carr in 1999 as a charitable organization dedicated to the environment, humanitarian efforts, and the arts, is working in conjunction with the Mozambican government to return this park to its former glory.

Greg Carr first visited Gorongosa in 2004, and found the park in shambles. His vow and commitment to the park not only includes his very generous gift of $40 million over 30 years, but also his personal touch and enthusiasm. He is not simply a benefactor, but is directly involved in the park, spending a good portion of his time in Gorongosa.

The animals are coming back, largely due to reintroductions from Zimbabwe and South Africa.

On my last visit there last year I saw hippo, elephant, crocodiles, bushbuck, waterbuck, impala, oribi, nyala, warthogs, genets, a serval and signs and sounds of lion and hyena. The birdlife was exceptional – diverse and abundant. The land itself is ripe for reintroductions. The habitat is ready and waiting, and the wildlife is making a comeback.

The park restoration benefits the local and regional economy through tourism and the generation of employment. It is also bringing healthcare and education to people who previously had little access. The funding of health clinics and schools and the training of farmers in sustainable agriculture are a direct result of the Carr Foundation’s social responsibility policy.

Visitors to Mozambique will notice that it is a country that boasts stunning white sand beaches with world class diving, wild rivers to explore, and an interesting culture to boot. It also exudes extreme poverty and high HIV rates. The country’s warring parties signed a peace agreement in 1992, and tourism has been increasing steadily since that time.

Visitors to Gorongosa will now find modern and comfortable cabanas, equipped with air conditioning and en-suite bathrooms. There is a restaurant and bar on-site as well. Travelers on a budget can camp in their newly renovated campground, which even have hot showers available.

There are many activities once you arrive at Gorongosa. There are over 100km of roads accessible from the camp. Your guided game drive will take you through the many ecosystems of the park, allowing you to see game in their native habitats.

Guides can take you to the local community of Vinho to see how the Carr Foundation’s vision of social responsibility is working. This 40-minute walk, along with a short boat ride across the Pungue River, will bring you to this community with its new school and hospital. 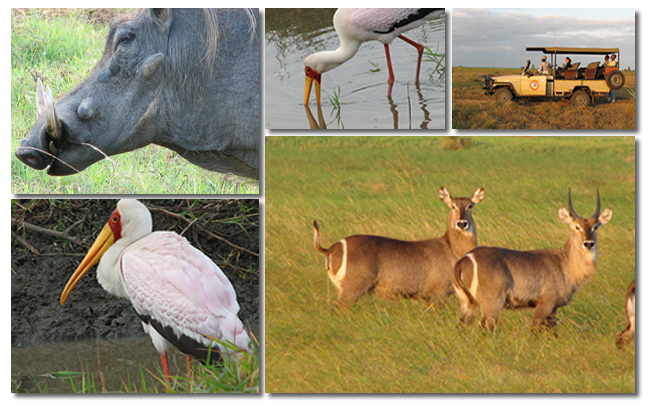 Nicole Apelian, a former lion researcher and game warden in Botswana, now leads safaris throughout Southern Africa. You may join her on an interactive safari of Botswana.