The Peace Parks Foundation: The Next Great Step in African Conservation 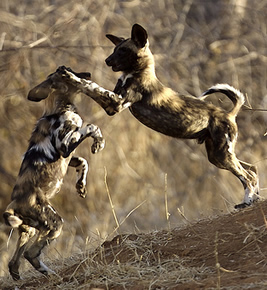 When I was a child, picking up a National Geographic magazine at the school library was a journey into a larger than life, multi-chromatic kaleidoscope of mankind and nature. It was a glimpse into the future of what an inquisitive mind could expect from a limitless world. These days, no less splendid in its presentation, when that signature yellow banded periodical drops into my mailbox I feel the sort of reluctance to break the seal as I might if I was looking at an angry red final demand for an overdue car payment.

Currently the feature stories tend to dwell almost exclusively on the global environmental crisis, with florid warnings of catastrophe in picture and print, be it a matter of diminishing ice masses, the waterless southwest of the USA, the slaughter of Congolese mountain gorillas, bush-meat, bushfires, e-waste, imploding biodiversity, diminishing rainforests, poisoned rivers etc, etc, etc.

As the great eco terrorist himself, Peter Garrett of Midnight Oil, once wrote in a stark and despairing lyric: The river runs red, black rain falls, dust in my hand…..! In this age the entire global environmental issue is indeed such a multi-faceted tragedy that it prompted one similarly Malthusian commentator to remark that the only may to mentally survive our common and downward trajectory is to strangle the last giant panda with guts of the last blue whale. If it is all inevitably doomed, then why not just let it all crumble, and afterwards work to rebuild with what is left.

Of course, in the face of reality, there is still that wonderful human quality of hope at work, and there are almost as many attempts out there to engineer a solution as there are problems to confront. Some of these are despairing, some delusional, but quite a few are well conceived, well researched, well funded and broadly supported. One of these is the Peace Parks Foundation, or the TransFrontier Conservation Area Programme, a concept currently under development in Southern Africa, and supported, not surprisingly, by the National Geographic society as well as many other influential outreach and donor organisations.

In my last post I made a point of singing the praises of the Conservation Corporation Africa for grasping the nettle in a private capacity in order to push forward conservation by one of only two powerful motivating factors known to man. The first of these, of course, is religion, but in the absence of a Fatwa issued on Ted Nugent, or the chimpanzee bush meat vendors in central Africa, or the tiger bone and rhino horn merchants of the Far East, then generating a high cash return from ecotourism and ploughing it back into awareness and practical conservation programs is the next best thing.

Conservation in the modern context, however, is an issue far more complex than funding a few rural schools and clinics, or planting a few trees here and there. It is at its simplest a matter of balancing the interests of a bourgeoning human population against the need for space and natural habitat for an increasing number of endangered species. Perhaps even more importantly it is a quest to secure the earth’s capacity to regenerate fast enough to support any kind of life force in the future. The difficulty is that in the balance of interests between humans and animals, humans broadly speaking have the vote, which tends to influence governments towards the requirements of societal development to the detriment of nature. In countries were people do not have an effective vote the situation is often worse, for then decisions are usually made in favour of a narrow clique of plutocrats which is never good news for natural resources and environments. 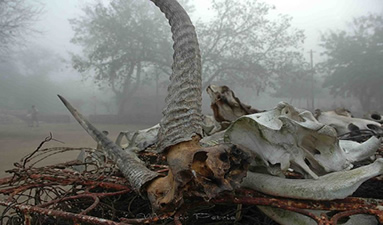 The mandate of the Peace Parks Foundation is both practical and symbolic. On a practical level it is committed to finding an accommodation between these conflicting factors in order to reverse the steady decline of southern Africa’s wilderness heritage. Symbolically it aims to expedite the break down of political divisions that have in the past not only divided nations, but have divided the response to conservation issues, and have tended to inhibit the free movement of people and animals in areas of natural linkage separated by arbitrary colonial demarcations. Furthermore it hopes to promote alternatives to the direct exploitation of environments for people dependent on natural production. Ecotourism is one of the few ways that this can be achieved.

The Peace Parks Foundation has largely been the work of one of those perfect pioneers of great concepts: a visionary businessman with a great idea and the cash to back it up. Dr. Anton Rupert, South African billionaire philanthropist, who died in 2006 at the great age of 89, devoted much of his energy and no small amount of his wealth to conservation both in Africa and worldwide. He was a founding member of the World Wildlife Fund, president of its South African branch, and a significant contributor in terms of time, money and influence to the general momentum of conservation in Southern Africa.

In the early 1990s, at a time of momentous social and political change in the region, Dr. Rupert worked to make real a concept that had been floating in African conservation circles for decades, arguably the genesis of which was the work of Portuguese biologist Gomes da Sousa who as far back as the 1930s contended that the wisdom of joining wildlife areas across national boundaries was indisputable. Meetings were held between Dr. Rupert and Mozambiquean President Joaquim Chissano, which resulted in an enthusiastic endorsement from the Mozambique Government, setting the preliminary stage for the founding of an organization to facilitate the concept. After an initial grant from Dr. Rupert of US$260 000, and after securing the patronage of Nelson Mandela, who has incidentally added enormous ballast to many environmental and conservation issues in South Africa since his release from prison, the Peace Parks Foundation was signed into being on 1 February 1997. 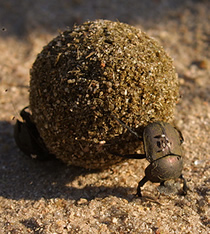 The first TFCA to be inaugurated was the Kgalagadi TransFrontier Park, which was formally opened on 12 May 2000 by Presidents Thabo Mbeki of South Africa and Festus Mogae of Botswana. The new reserve comprises a marriage of the original Kalahari Gemsbok National Park in South Africa and the Gemsbok National Park in Botswana, amounting to a combined area of some 38000km² of wilderness and wildlife preserve.

It is perhaps incidental, but nonetheless a fact, that the Kgalagadi TFCA is probably not the truest test of the viability of the TFCA concept, since both South Africa and Botswana are too wealthy, too well organised and too well policed to fall victim to the vicissitudes that might be expected in countries like Zimbabwe, Mozambique, and further north in Zambia or Tanzania, where poaching is a severe problem, facilitated often by corruption, and where funds available for wildlife conservation are always scarce.

Despite this the TFCA program has grown significantly in scope and is now an established factor on the southern African parks & wildlife landscape. Other signature trans-boundary marriages that have taken place include the Lubombo TFCA that links South Africa, Mozambique and Swaziland along their common frontier. The new park is a unique area of coastal, wetland and low lying sandveld country that includes the famed Maputo Elephant Reserve, the Tembe Elephant Park in Maputaland, South Africa, and the Lubombo Conservancy in Swaziland.

Among others trying to join the family, but suffering a rather more painful birth experience, has been the hugely ambitious Great Limpopo TFCA that aims to link Kruger National Park with Mozambique’s Limpopo National Park, and Zimbabwe’s Gonarezou National Park, Manjinji Pan Sanctuary and Malipati Safari Area, into a single functioning ecological zone. So far the link up between South Africa and Mozambique along the eastern boundary of Kruger National Park has progressed well. There is currently experimental access between Kruger and Limpopo with the main fear being that wildlife moving from the well stocked reserves of Kruger into something of a wildlife vacuum in Mozambique created by years of mismanagement and poaching will simply result in the wholesale slaughter of South Africa’s carefully husbanded resources. So far so good, however, although perhaps the most significant brake on the realisation of the entire project has been political collapse in Zimbabwe, and temporality that country’s contribution to the programme is on ice. 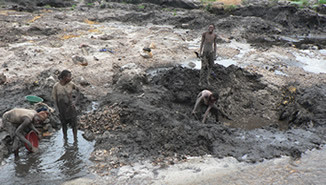 Even more painful, perhaps, has been the linking of the two sectors of the Chimanimani Mountains straddling Zimbabwe and Mozambique which is an area currently suffering tremendous ecological destruction as a consequence of intensive and illegal gold panning. This again has come about largely as a consequence of political upheaval in Zimbabwe. Within the last two to three years upwards of 30 000 impoverished individuals have moved in and overrun an entire area of about 5000km² of TFCA. The main target has been the stream bank ecology from where small amounts of gold are extracted. In mountain environments these areas play a vital role in the support of biodiversity, and the removal of soil and vegetation from streambanks tends to set in motion an almost irredeemable cycle of gully erosion, with an associated dramatic loss of biomass. Both politically and logistically this problem has proved impossible to confront, and as a consequence nothing has been done, highlighting the weaknesses inherent in trans-frontier cooperation, just as most of the other projects have tended to highlight its strength.

However, on the whole the system has been a boon for conservation, as well as for tourism, the two being linked in a natural symbiosis. On a continent that has not had a particularly successful history of regional entente, this seems to be one of the more potent pillars of the healing process, promoting cooperation between nations, and helping to define southern Africa in particular as one sweeping ecological zone only incidentally subdivided by nations. With a biodiversity unique on the planet, and despite the very real demands of human development, it has been proved that room can be made for nature, and moreover that nature can be broadly respected as a vital factor in the cycle of life. Perhaps now is after all not the time to strangle the last giant panda with the guts of the last blue whale, for the truth of the matter is that if it can happen in Africa then it can happen anywhere. And yes, while the damage is wide and very deep, and while the future is by no means certain, to quote Peter Garrett once again:….they say it’s late, but you know its never too late…..!