What is going to happen with Zimbabwe? 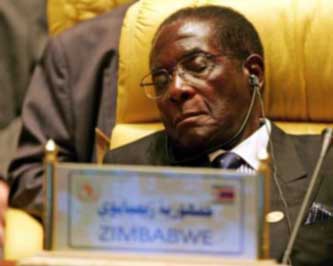 Most of the international news about Africa is centred around Zimbabwe, Mugabe and the terrible state that the country is in.

Zimbabwe’s silly inflation rate is the highest in the world, officially at 7600% (likely to be much higher) and is predicted to hit 100000% by the end of the year. Mugabe’s inspired policy of forcing stores to sell goods below cost has forced them into illegally closing and many owners and managers have been jailed for doing otherwise.

Many store owners take a “jail bag” with them to work in case of arrest. An associate of mine who lives in Zim, has always sworn never to leave, no matter what happens. Last week they rounded the family up to discuss getting out, as they face imprisonment for over charging for goods. They employ over 600 people and likely support a further 1000.

There is widespread famine, 80% unemployment and dissolving public services, since the government encouraged and sponsored the invasion of white owned farms and property. The economy imploded and food shortages ensued, directly causing the decimation (eating) of Zimbabwe’s once famous wildlife reserves, the private ones confiscated and plundered by Mugabe and his cronies, and the national ones permissibly looted by starving citizens and game rangers turned poachers.

Mugabe also ordered the slaughter of 100 wild elephants for an independence day feast. He is one of the richest men in the world and is reported to suffer from syphilis, which doesn’t help matters.

The talk radio stations in South Africa are awash with discussion of huge numbers (millions) of Zimbabweans illegally crossing the border between our countries. Vigilante groups are “helping” law enforcement to try and stem the exodus.

South African president Thabo Mbeki, holds a policy of “Quiet diplomacy” indeed he is quiet about most things. He objects to interfering in the way of a regime change saying “It’s not going to happen”, leaving it up to Mugabe to organise his “free and fair elections”… like last time.

At the last elections South Africa sent a delegation of inspectors to ensure the democratic process. These delegates were said to have not left their hotel room, but managed to come to a conclusion that the elections were entirely corruption free…. Mbeki insists that “meddling with Harare (the nations capital) is fundamentally wrong”. I feel that leaving millions of people to starve is pretty nasty also.

There are also calls for the British to invade Zimbabwe and restore order, but foreign powers are wary of being “meddling colonialists” and it is highly unlikely to happen. So what to do?

I think South Africa should annex Zimbabwe, at least that would be exciting. 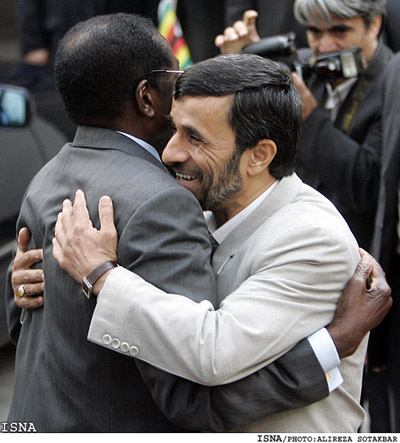