South African cuisine is just as diverse as the cultures that influenced it over the centuries. You’ll find food influences from the Dutch, British, Indian, Malay and Portuguese cuisines. And let’s not forget about the cuisine of the local tribes, which also had a major influence.

South Africans love the braais (barbeques) but there’s much more to the cuisine than just grilled meat. The traditional African cuisine is focused on maize meal porridge, meat and sauce. 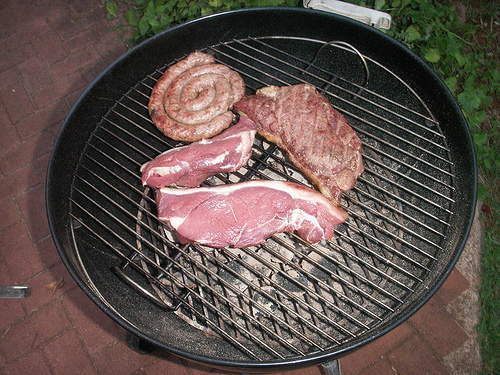 This is meat roasted over an open wood or charcoal fire.
The act of barbequing is called braai.
On the braai, you can toss any meat, as well as vegetables. Seafood is also cooked on the braai.

This is corn, usually served on-the-cob. It is used in making bread or pap.

This is a porridge made with corn meal.
Slappap is often eaten as a breakfast porridge.
Stywepap is often used as a replacement for rice or other starches.
Krummelpap resembles couscous and is often served with roasted meat, covered in tomato sauce. 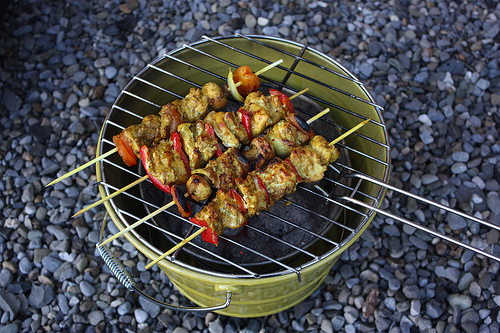 This is marinated , cubed meat , which is skewered and barbecued shish-kebab style. It is usually made of lamb. 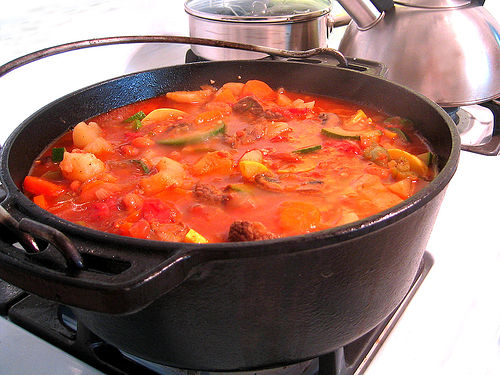 It is a meat and vegetable stew, slowly cooked in an iron pot over coals.

It is seasoned meat (biltong) and sausage (droewor) that has been dried. It can be made of beef, game or ostrich meat. 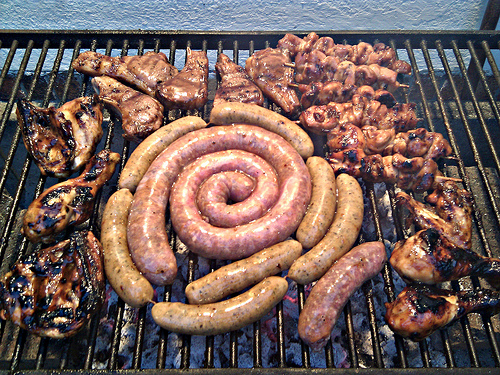 It is a spicy farmers sausage, made with beef and pork. It is almost always cooked on the braai.
Boerewors Rolls are hot dog buns with the spicy sausage, garnished with onion and tomato.

This is a stew made with meat and vegetables.
Tomato Bredie is the best known version of this dish.
Waterblommetjiebredie is a mutton and water lily stew. 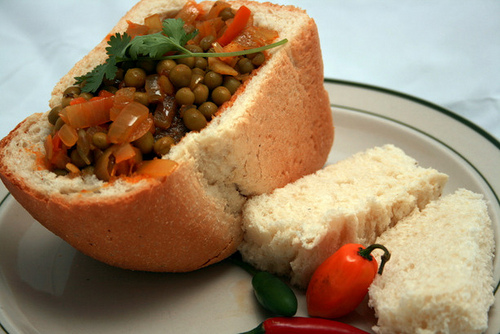 It is a half loaf of bread, with the inside replaced by beef or lamb curry. You must try this dish when traveling to KwaZulu Natal.

It is wild spinach, served sometimes with potatoes and pap. 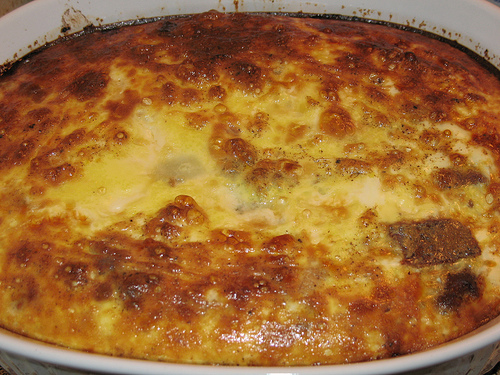 It is a meat loaf seasoned with spices (ginger, marjoram and lemon rind) and curry, topped with custard. It is usually made with beef or lamb. Traditionally, it also incorporates dried fruit (raisins or sultanas). It is served with yellow rice.
The recipe is likely to have originated from the Dutch East India Company colonies in Batavia, having an Indonesian origin.

These are fried Mopanie warms. 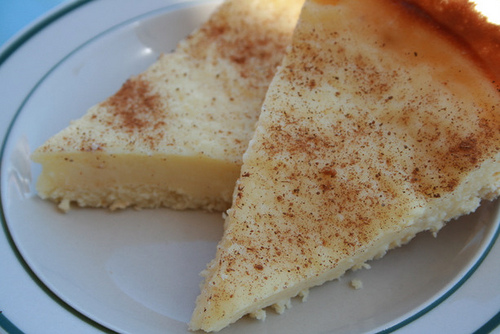 It is a milk-based dessert. It has a sweet pastry crust containing a cream made from milk, sugar, flour and eggs. It contains more milk than the traditional European custard. It has Dutch origins.

This is chicken pie. 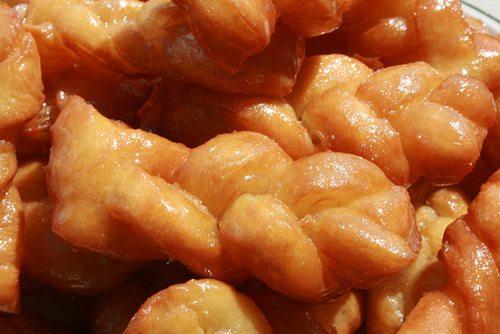 This is a deep fried sticky dessert, with a Cape Malay origin. It’s basically a syrup-coated doughnut, in a twisted shape. They are best eaten cold.

These are the South African meat balls.