When most people are asked to consider South Africa, the first images that spring to mind might be of the wild savannahs of the Kruger National Park; the sentinel-like Table Mountain; or perhaps the bustling beaches of Durban. 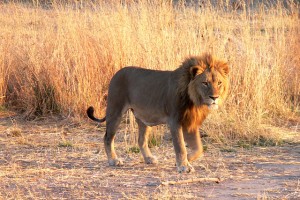 In truth though it is not the few famous exceptions but the incredible depths and diversity of this country; the great and the small; the spectacular and the habitual, that make this place so special. As a land known colloquially as ‘the rainbow nation’, to really appreciate South Africa’s spirit is to experience the entire spectrum of its inherent qualities; its people, places, sights and sounds.

This sentiment is certainly no truer than when it comes to exploring the country’s stunning scenery and eclectic geography; from unspoiled shorelines to dramatic mountain ranges, temperate forests to vast deserts. South Africa has of course become synonymous with safari holidays and thanks to the world famous Kruger National Park it is today regarded as one of the premier wildlife hotspots in the world. Although Kruger is by far the most renowned there are a number of other conservancies spread across the country that are certainly worth a visit. The Addo Elephant National Park just north of Port Elizabeth boasts one of the largest populations of Africa Elephant in the country as well as a number of ungulates, lions, hyenas and the endangered black rhino. Other particularly popular managed areas include the awarding winning Shamwari, Shambala and Thanda private game reserves as well as the Kgalagadi Transfrontier National Park in the Northern Cape and the highlands of the Golden Gate National Park.

There is, of course, much more to South Africa than just safaris and regardless of preference or persuasion there is bound to be something to offer to excite and enthrall any traveler. From the stunning vistas of the Drakensburg Mountains to the beauty of Knysna; the rolling valleys of the Wine lands to the drama of the Garden Route; South Africa promises a little bit of something for everyone.

Although it may be hard to draw your gaze away from the wonders inland we mustn’t forget that South Africa also features almost 2,800 km of striking coastline and beyond that the convergent tides of two of the planet’s great oceans. One of the most popular maritime attractions is the annual whale migration which from June to late November sees a huge succession of these mammals navigating within meters of the shores around the Western and Eastern Cape. 37 different species of whales can actually be found in the waters in and around South Africa as well as playful African penguins, Cape fur seals, dolphins and numerous types of sea birds.

From the depths of the ocean to the heights of the forest canopy a rather unique way to engage with the dense woodlands of Tsistsikamma, Pietermaritzburg, Drakensburg and Magoebaskloof is to take a high wire canopy tour through the dense foliage. Promising stunning views of the scenic countryside this is an eco wilderness adventure unlike any other. Traversing along a steel cable from one treetop observation platform to the next, the canopy tour offers an exhilarating escape with a bird’s eye view. Staying suspended in the air for a moment longer, another impressive way to appreciate the panorama of rural South Africa is by taking a hot air balloon ride over the plains and prairies. Favored around the KwaZulu Natal region during the calmer summer months, although quite expensive, these trips do provide an exceptional and quite humbling perspective.

Namaqualand in the Northern Cape seems to somewhat epitomize South Africa’s ability to surprise and amaze; a region that during the dry summer months appears almost bereft of life, an arid and uninspiring place. After the heavy rainfall of the winter though, the area is metamorphosed into a kaleidoscope of color as the spring flower season bursts forth in spectacular effect. Numerous poems, letters and paintings have been inspired by Namaqualand’s beauty with a local town even named by Simon van der Stel, first governor of the colony as Spektakelberg, in honor of the incredible splendor of its blossoming flowers.