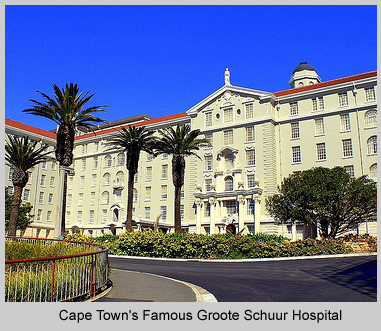 Doctors, nurses and other professional medical staff from South Africa have for years been migrating north to hospitals in the west, but lately the migration has experienced a bizarre reverse with many prospective patients, particularly those looking for elective surgery, coming to South Africa to take advantage of much cheaper rates offered for complex surgical procedures.

The ‘Surgery and Safari’ phenomenon has been ongoing now for quite some time, and certainly in a nation that produced the legendary Doctor Christiaan Barnard, pioneering cardiac surgeon who performed the first successful heart transplant at Cape Town’s Groote Schuur Hospital, standards of private a public medical facilities and personnel are extremely high.

It is also not just the affordable rates for surgery, dentistry and general medical care offered in South Africa, but also the fact that if you have to spend a week or two in recuperation where better than in any one of the fantastic spas or resort hotels scattered around the Cape. When you are feeling little better a wildlife safari in one of South Africa’s equally luxurious game lodges or private wildlife establishments will round of a very rewarding holiday. As Joy Krammel-Cox of the UK said, ‘I also liked the feeling of coming back home after a holiday and people notice more than just my tan.’

There are a handful of medical tourism safaris operating on the open market at the moment, and no doubt this phenomenon is likely to grow. South Africa is facing stiff competition in this market from others countries also offering the service, namely India, Malaysia, Thailand, Brazil and Costa Rica, but the South African advantage definitely lies in its high standards of skill and facilities, and magnificent recuperation facilities in a nation already famous for its sophisticated tour and hospitality industry.