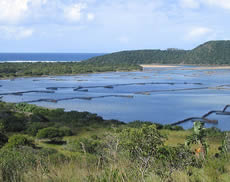 The two words most commonly associated with Maputaland are biodiversity hotspot. This is the usual nomenclature applied by ecologists and biologists to appellate an area of extreme ecological importance, usually for the sake of its diversity and high incidence of endemics.

In the minds of most South Africans, however, Maputaland is a hotspot for quite different reasons. It is a broiling, humid and green wilderness area that is as authentically close to nature as it is realistically possible to get in Africa these days. It is also a huge attraction for local and international nature, fishing and aquatic sport enthusiasts, all of whom will collectively agree that it is one of the premier hotspots in the country.

While it is classified as a moist and subtropical eco-region of South Africa, Maputaland feels legitimately tropical. With a highly visible natural diversity – manifest most strikingly in birdlife and butterfly proliferation – and with an extensive wetland and coastal forest ecology, Maputaland has a powerful identification with the equatorial reaches of the east African coast. 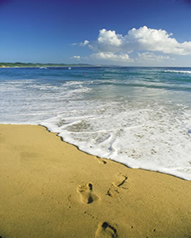 Situated in the extreme northeast of South Africa, abutted against Moçambique’s Maputo Province in the north, and the Great Escarpment in the west, Maputaland is a part of KwaZulu/Natal Province. The associated ecological region is much larger and extends several hundred kilometres north into Moçambique. Subsequently both countries share conservations interests that are formalised in the TransFrontier Conservation Area programme.

The region is famous for a handful of high value preservation areas including the St Lucia Wetlands, the diving Mecca of Sodwana Bay and Maputaland Marine Reserve. These, along with a handful of other important sites, are all protected under the iSimangaliso Wetland Park, currently the third largest protected area in South Africa, and its first World Heritage Site. The preserve spans 3280km² of pristine natural ecosystems (this is not pristine in the usual guidebook use of the word, but genuinely pristine) and 280km of coastline, stretching from the border with Moçambique in the north, to just south of the St. Lucia Estuary. 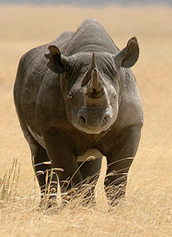 Maputaland is not all wetalnds and riparian forest, however, and is also home to the Umfolozi/Hlhuhluwe Game Park, famous as the birth place of Operation Rhino. It is also the location of Phinda Private Game Reserve, a luxury and exclusive lodge/park establsihment designed to inject into the wildnerss experience an extremely high gloss.

If there is ever a criticism of preserved wilderness areas in South Africa it tends to be that they often appear canned and over developed. This is manifestly not the case with Maputaland. Here nature takes precedent, while the high standards of South African wildlife management and tourist infrastructure, although not overwhelming, help to take away a little of the skin and bones aspect of many other similar systems to the north. This all leaves one in no doubt that this vital and harshly beautiful ecological area enjoys both long term and effective state protection.

Summer is hot and humid, while winter is warm to cool during the day, and cool at night.

There is no good or bad time to visit. The winter months are certainly more comfortable, but it is during the summer months that the regional ecology springs to life. During South African school holidays, and in particular during December, it can get fairly crowded, so advanced research and booking is a good idea.

Crime: Maputaland shares the same general dangers of violent crime and muggings as the rest of South Africa. Don’t be fooled by the atmosphere. Keep your wits about you and remember that South Africa is one of the most dangerous countries in the world. There are certain areas that are more dangerous than others, but as a rule of thumb keep moving between venues and destinations, and don’t stop and linger anywhere unnecessarily. To always be on the safe side use a tour operator as much as possible, and take and stick to local advice.

Maputaland is well within the malaria zone, and so, particularly during the summer months, bring repellent to keep the mosquitoes at bay, and begin a course of prophylactics before you arrive. During the summer minor cuts and abrasions can turn septic, so keep a small medical kit with you at all times.

The nearest major city is Durban.

Travel Doctor clinics are to be found in all the major centres where you can get health advice on malaria, yellow-fever, AIDS and any other tropical diseases, and acquire all the vaccinations and prophylactics necessary for your extended journey.
Tap water is usually safe to drink.