For connoisseurs of air travel, South African Airways has long ranked among the world’s best… 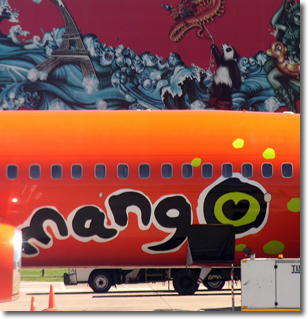 …and this reputation, barring a certain amount of post independence financial shenanigans, has remained intact.

SAA is the national carrier, and is by far the largest regional and domestic player in South Africa. It’s international and regional arm offers a direct service to each of South Africa’s local neighbors, with similar connections to many of the most important African centers.

Most importantly, however, SAA also flies a regular and comprehensive domestic service between the two hubs of Oliver Tambo and Cape Town to Durban, East London and Port Elizabeth.

This is quite a limited service bearing in mind that there are about 100 domestic airports and terminals around South Africa serving all the principal cities and towns as well as all the main and many of the lesser known tourist destinations. However a large number of smaller airlines fill in the gaps, and charter flights are available to all destinations not served by a scheduled commercial carrier…

South African Express: From Johannesburg and Cape Town SA Express connects George, Port Elizabeth and East London in the Cape, with Bloemfontein and Kimberley in the interior, plus Durban and Richards Bay in KwaZulu Natal. Of course Nelspruit is also linked into the SA Express timetable which puts travelers close to Kruger National Park.

Airlink: Airlink offers a more comprehensive domestic network of connections including all the main centers and a number of smaller. Polokwane is served by Airlink.

A handful of independent airlines also offer reasonably comprehensive domestic services. These are…

It is clear to see therefore that from the two main hubs of Johannesburg and Cape town most of the country is accessible by a regular and dependable domestic flight network that offers a great deal of choice, significant competition and as a consequent high standards of reliability and service. 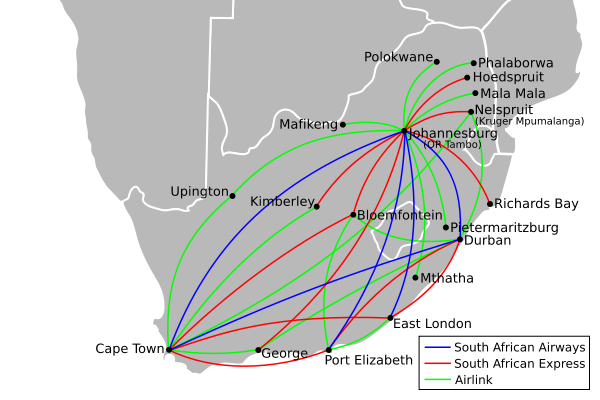