September and October are Shoulder Season in South Africa 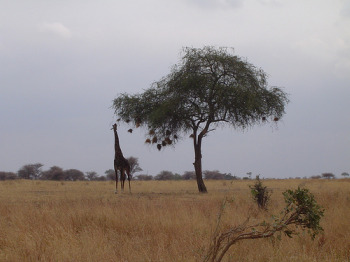 Cheap flights to South Africa are more readily available in shoulder season, which runs from September to early October. The months fall in the spring season, when the temperatures are a little lower, the foliage is less dense, and animals may be easier to spot than during the summer (though more difficult than in winter when the trees are bare). Additional benefits of shoulder season: you may get to see recently born baby animals and rates at resorts and hotels in South Africa will be lower than in the winter high-season.

If you dream of exploring the wilds of South Africa, viewing animals like lions, rhinos and zebras as they roam the bush, but just can’t stomach the idea of spending the thousands of dollars that it will cost during the winter high season (summer in North America) but don’t want to give up all the benefits that make highs-season with it, check out some shoulder season deals. You’ll get lower rates and fewer crowds, but still have enjoyable weather and have the chance to see all of the Big Five that you’ve journeyed to Africa to see.