The Boks welcomed in Cape Town as heroes!

More than 200 schools had the day off yesterday and bussed into Cape Town for the returning rugby teams ticker-tape parade.

The parade started at the grand parade and ended at Newlands stadium, where 700 S.A.C.S (Montgomery’s old school) boys, stood and saluted.

The streets were lined with thousands of people around the Grand parade, not seen since Mandela’s release. Huge traffic jams ensued, but I don’t think anyone cared. What a wonderful day for Cape Town and South Africa! 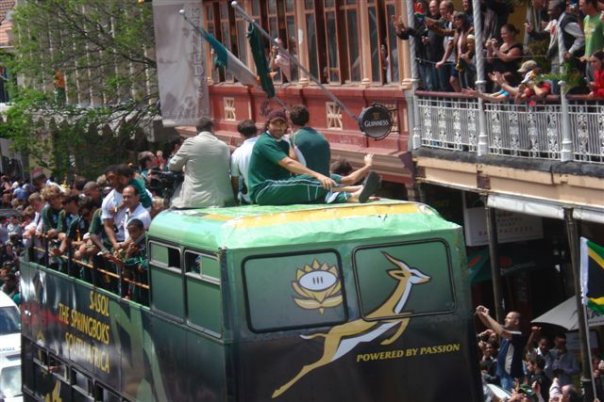 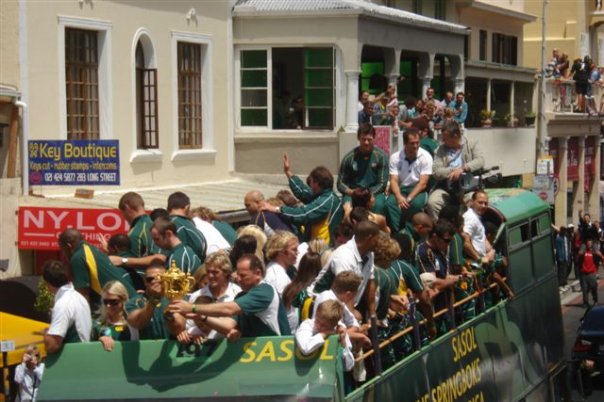