Violence, Crime and the 2010 World Cup 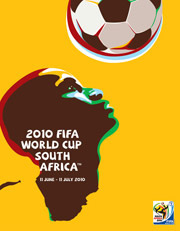 There was something a little ironic this week about the erstwhile doyen of the African National Congress, Winnie Maikizela Mandela, trumpeting her dismay at the wave of xenophobic violence that has, and continues to sweep through South Africa. Considering that her immortal contribution to the catalogue of English language quotes was …with our boxes of matches and our necklaces we shall liberate this country… it would seem that Winnie Mandela has little grounds to express any particular shock or outrage. She was, after all, one of the principal architects of that ghastly South African practice of necklaceing.

Hypocrisy aside, the horrifying imagery that has been blazed across broadsheets and computer screens worldwide seems finally to have shocked a complacent South African administration into acknowledging that a disease is rampant within its society. If the 2010 World Cup is to be saved, time is perilously short, but it is not too late.

The 2010 World Cup Soccer tournament is a Holy Grail to Africans starved of respectability in a world that is weary of the age old blight of Africa. When the award was made by FIFA in 2004 there was an air of grudging symbolism that failed impress a good many observers. Included among them was soccer legend Franz Beckenbauer, who shook his head, and expressed his doubts in terms of logistical capacity, but probably had reasons far more visceral and difficult to define to explain his pessimism.

If there is a country in Africa with any chance at all of pulling the tournament off it is South Africa. Even though FIFA has conceded that a back up plan is in place, and despite the fact that a number of countries, Germany among them, would happily to step in to rescue the tournament, South Africa is surging ahead, and all things considered is well ahead of the curve in terms of organisation and preparation. It just seems such a terrible shame that right at this moment the un-dead spectre of criminality and extreme violence would rise up and further compromise this surge of African pride. In the sternest indication yet that all is not well, the UN this week issued a carefully worded warning that any more of the same would leave FIFA with no choice but to move the tournament elsewhere.

If this happened it would be a disaster, and would prejudice African attitudes to the west which are already deeply imperilled. It would strike a devastating blow against African pride and self worth, which is the main, but hidden ingredient in national and continental recovery. If the world soccer body does eventually grasp the nettle and shift the venue, the tacit understanding that it is because Africa is too immature, to undisciplined, and too inherently violent to function among civilised nations will set the continent back a decade, or two, or perhaps even three.

Give it Your Support

Lets hope that the lives of those killed in xenophobic violence in South Africa will catalyse a change in that society, and a renewed effort on the part of the administration to get to grips with crime. However, when hundreds of thousands of people descend on South Africa to absorb the spectacle of the 2010 World Cup, as well as everything else that South Africa has to offer, there will be a few who get robbed, and maybe a few who get murdered, but the same would happen anywhere in the developing world.

My message to FIFA, and the world at large, is give Africa a chance. Don’t expect miracles, but likewise get over expecting the worst.