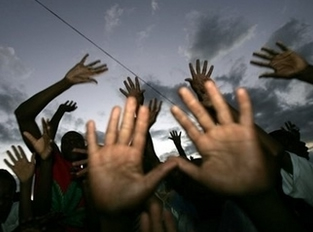 Today the entire southern African region is on the precipice. Part of what makes southern Africa such a dynamic travel destination is that it can be here today and gone tomorrow. South Africa came online with a bang in 1994 after 50 odd years of growing isolation under apartheid, Mozambique followed a little later after nearly 30 years of revolving civil war, and Zimbabwe, abruptly, in the year 2000, slammed into reverse gear and plunged into political chaos that broke the back of a staggering economy, opened up the national parks to private plunder, and otherwise dragged a vibrant tourist industry, along with everything else, into a hole of lawlessness and corruption from which it seems unable to recover.

The reasons for all this have a ring of familiarity about them. The predations of white, minority rule that prevailed throughout the 19th and most of the 20th centuries gave way to the predations of black minority rule. One-man-one-vote-once was the popular cry of the disenfranchised at the time, and although, since then, the creeping post cold-war morality that now demands more of third world proxies than hitherto, has swept the continent clean of the more obvious and odious malefactors, Robert Mugabe, the grand old daddy of African demagogues, has, by the skin of his knuckles, held on to power.

A Day of Hope

Today Zimbabwe stands on the precipice. The efforts of the good and the great in Africa have combined to bring Mugabe kicking and screaming to an election that has held great promise to free the Zimbabwean people from tyranny. If this happens then Zimbabwe will once again open up as a viable travelling venue, and although sullied, and a little bit washed out from nearly a decade of the overt misuse of wildlife and national parks resources, and the general asset stripping of an established industry, it will be a fresh field waiting for the healing footprints of the new age traveller.

Zimbabwe at one time had so much to offer. The two flagship national parks of Mana Pools and Hwange were complimented by a host of smaller venues such as Matusadona, Gonarezou, the mountain paradise of Chimanimani, Nyanga, Matopos…the list is long. Although Hwange has lost much of it’s wildlife bulk to poaching, and to the illegal commercial hunting, the essence of it is alive, as is the industry throughout the country. Backpacker’s lodges, luxury lodges, game conservancies, not to mention the rock hard music and club scene that at one time was famous continent wide, are all ready to leap to the challenge, and re-establish the cool times that Zimbabwe offered, and enjoyed, throughout the 1990s.

For those of you following the events of this desperate day, pray for the country, cross your fingers, because when the inevitable happens, and Zimbabwe is free, it will change, and revitalise, a regional travel industry that cannot be equalled in this world or the next.