Backpacker’s Lodges: The Cool Side of Traveler Accommodation 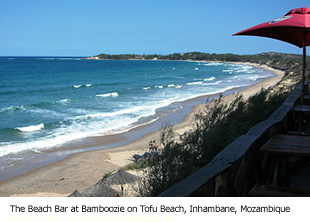 Backpackers lodges are by now a fairly common phenomenon worldwide, but in Africa they have long been the backbone of the independent traveller movement. Most started out as rough converted suburban houses on the outskirts of African cities where the first trans-Africa overland trucks could shed their pax for a few days and restock and recharge. Sometimes there was a pool, but if not there was always a bar, plenty of booze and good music. Typically they were run by ex-overland drivers or couriers, and what might have been lacking in facilities was always more than made up for in atmosphere. As the overland truck travel industry boomed and diversified through the 80s, so did the numbers and styles of these ad hoc lodges and truck stops. In due course they developed a variety of groovy angles, often of the didgeridoo and djembe variety, and moved out of the cities and into the tourist areas where they evolved themselves into what we now take for granted as the backpackers lodge.

These days the network is spread deep and wide across the subcontinent. While overland trucks still make up the bread and butter of a lot of lodges, from Nairobi to the Cape, from Windhoek to Maputo, there is a huge choice for the independent traveller, covering just about anywhere that it is reasonably possible to access. With South Africa’s re-entry into the world community in 1994 the movement took instant root and exploded. South African capital and the South African capital mindset quickly grew the concept from a simple cottage crash-pad in a picturesque location into a multi purpose entrepot for travel venture, information, fellowship and exchange. Despite this the concept is still wrapped up in many shades of cool, and the basic services are still cheap, safe and clean accommodation, with internet access, valuables deposit, local information, approved tours and excursions, plenty of alcohol, and usually an angle or two on how to score some pot.

A lot of the urban lodges in Joburg, Durban or Cape Town are plugged in to everything that’s hot and current in their areas, but they tend on the whole to be clearing houses for travellers flying in, flying out, or connecting up. The best lodges are those in the popular areas like the Drakensberg, along the Garden Route or up the coast, and even more so further north where you can fairly rely on the network right up through east, central and west Africa. Here backpacker’ lodges are more than a facility, they are a haven, and often the best part of the trip is the lodge hopping that goes with it.

Deep in the Africa zone there is one fundamental piece of advice: Avoid street deals. In a lot of places hard currency is the last thing you take to the bank, and if you cannot rely on your lodge manager for things like a good exchange rate, then you cannot rely on anybody. However you usually can trust him, and moreover you can also usually trust his ‘man’ who will pick you up a baggie, or do a cash transfer on your behalf under a streetlight, much of which you will then spend buying him drinks as he shows you around some local colour. Sometimes walking through the gates of a backpackers lodge for a week or so is the only way to deal with rough and tumble of African travel. Quite often, and mainly as a consequence of their overexposure to mass tourism, locals, including working barflies and bottom feeding touts and agents, are not allowed past the gate, which some people object to, but most don’t.

If, as it is with most people, you are flying into Johannesburg to start your trip, the best advice I can give you is to book into the Backpackers Ritz. This is not a plug, but just good solid advice. The Ritz is not the friendliest place in Joburg, but it is the slickest, best run and most functional lodge in southern Africa. All the major truck companies pick up and drop off there, and any requests for information or help will always be quickly and reliably dealt with. It is run by three brothers, each in it for the money, and the reason that it is such an excellent cash cow is because it works.

If any lodge owners in Joburg disagree with this then I want to hear why. If you have a great lodge, or you know of a great lodge, then let me know, and if you have cool angle, then I will put the word out for you. Don’t give me the chill out, cool, relax thing, since all of those are in the stock mandate of any backpacker’s lodge. Anything anywhere, let me know, and as they famously say at Kande Beach in Malawi, those bits that you remember, you’ll never forget!