The World Cup, the Peace Parks and an old travel dog 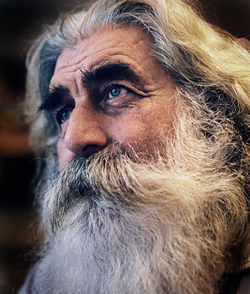 Two towering institutions of South African travel met in the cause of conservation and the promotion of tourism this week at the official launch of the Boundless Southern Africa Expedition held in the Namibian town of Oranjemund.

Modern Day explorer and fellow of the National Geographic Society, Kingsley Holgate, has for many years championed African travel and exploration, building up a reputation as one of the last of the great honest-to-goodness African adventurers left among us.

Holgate, a native of South Africa, has teemed up with the South African based Peace Parks Foundation to launch a travel marketing program aimed at showcasing the achievements of the Foundation as well as highlighting the many exciting travel destinations available to the visitors expected to flood the region during the Fifa World Cup soccer tournament of 2010.

According to its own marketing pre-amble Boundless Southern Africa is a forward-thinking marketing initiative that promotes seven TransFrontier Conservation Areas (TFCA’s) within southern Africa to potential investors and tourists around the world.

The basic principle of the Peace Parks Foundation and its TransFrontier Conservation Areas is a mix of regional political and conservation entente. It is a series of local agreements and protocols that allow for areas of profound ecological importance and beauty to merge across international boundaries. This precipitates the uninhibited movement of wildlife over large areas, and by extension it helps foster inter-government cooperation in matters of conservation.

The principle is not confined to southern Africa, and is featured internationally, but thanks to such august sponsorship as the Nelson Mandela Foundation, it has enjoyed astonishing success in Southern Africa. To date seven high profile regional projects have been launched.

Kingsley Holgate’s role in the scheme is to do what he does best: mount obscure expeditions in order to raise public awareness of the cultural and natural heritage of Africa.

The 63 year old Holgate is a highly accomplished traveler who has for many years been at the forefront of modern day exploration of the continent. In his latest chapter Holgate will be mounting a series of compact journeys and expeditions to showcase the highlights of each of the main TransFrontier Conservation Areas included in the program. Through sponsorship and travel marketing it is hoped that this will stimulate interest in the various regions in the run-up to the Fifa World Cup soccer tournament, and to generally attract interest and investment from the global travel market.