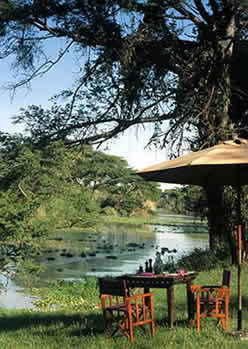 The concept of ecotourism in Africa has many facets and interpretations, but at its most fundamental it is an effort to ensure the long-term viability of vulnerable and threatened ecosystems through the medium of the tourist dollar. The term applied is high yield, low impact tourism, which is obviously bad news for the low yielders amongst us, however in recent years potent lessons have been learned in this regard throughout Africa. In particular this is true in east Africa where budget tours sold on the street corners of Nairobi have tended to fill the key wild life preserves with hordes of mini buses, often obliterating any authenticity in the experience of wildlife Africa.

A secondary factor that has often preceded irredeemable environmental destruction is the fact the local communities living on the fringes of established national parks and wildlife areas are isolated from the ebb and flow of tourism, and rarely see any material benefits. Competition for grazing and hunting rights also tend to negate any goodwill towards the conservation movement, which is in many ways a battle lost for the hearts and minds of the common people.

A combination, therefore, of selective, high return land use with a discernible return to local communities is a no-brainer if poverty is to be defeated and the environment preserved. It is an idea that has gained much currency over the last 20 years or so, with a variety of project types such as the Zimbabwean CAMPFIRE (Communal Areas Management Program for Indigenous Resources) movement. At its core this includes local communities in projects related to commercial hunting or ecotourisim in their areas, but tends on the whole to be donor supported, which is an inherent defeat of the concept of sustainability.

In South Africa, with its US style capital mindset, it is not surprising to discover that the most perfect synthesis so far of private enterprise and civic consciousness in conservation has evolved. The concept was born with the founding in 1927 of Londolozi, a private conservancy on the banks of the Sand River, and conceived equally as a commercial venture and a first step along the road to sustainable conservation. The brainchild of the Varty and Taylor families of South Africa, Londolozi became the flagship enterprise that would in due course grow into Conservation Corporation Africa, a company founded in 1991, in part by the Varty family, and based on the principal of the commercial development of sustainable wildlife sanctuaries, and committed to returning to local communities a real and tangible share of the cash returns.

Conservation Corporation Africa arrived on the South African travel scene at an excellent time, being positioned perfectly to capitalize on that country’s re-emergence in 1994 into the international community. It has since grown enormously in a climate of growing interest in global ecotourisim, and in tandem with the general growth of the South African tourism industry. As a South African company, CC Africa is symptomatic of the leading role South Africa plays on the continent, but also further afield with recent developments in India, and plans to extend the operations of the company to North and South America. 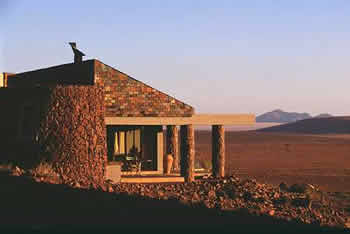 The governing principal of CC Africa’s activities is of course the interactive exploitation of the landscape in a manner sensitive to both the people associated with it and the wildlife it supports. Giving back to the community, especially when the community has either a current or a historical claim to the land, is not only the right thing to do in the modern context, but it also shows a high degree of political savvy, and no small amount of business acumen. By the founding in 1992 of Africa Foundation, the directorship of CC Africa’s set the standard for the acceptable face of commercial conservation, and has since raised and committed over US$5.5 million to community development projects in five African countries. Obviously this program is not entirely philanthropic in outlook, and indeed sits very comfortably in the portfolio of activities of a commercial company trying to pioneer a new ideology in venture travel. CC Africa has, however, proved that commercial ecotourisim is viable, and in doing so it has won friends in many areas, and in a number of countries where rapid and urgent action remains necessary if dwindling wilderness areas are to survive.

Luxury travel, of course, is an easy sell, and there are few with the money and interest who would not be overwhelmed by the products available in the CC Africa catalog. What is on offer more or less is a retrospective of the great days of privilege and indulgence associated with colonial Africa, presented in a static, safe and luxurious environment. CC Africa owns or operates some 16 exclusive wildlife and game lodges in six African countries. South Africa, Botswana and Tanzania are the principal destinations, but operations also extend to Kenya, Namibia and Zimbabwe. At each of these venues standards are extremely high, with a combination of lodge and tented camps either on private reserves, or associated, or adjacent to major wild life areas such as Kruger National Park, the Matetsi Safari Area in Zimbabwe, and the Ngorongoro Crater in Tanzania.

None of these facilities come cheap, however, and a visitor to any CC Africa destination can anticipate a hefty tariff. However, to the discerning traveler, much is offered in return. It goes without saying that accommodation standards are world class, that the natural environments rank among the finest on the planet, and that the standards of professional guiding available are among the highest in the industry. If, however, there is an element of post modern excess about it all, then that is simply in the nature of the industry, for even in the best days of the British Raj it would only have been princes or nobles who could have hoped to enjoy this type of indulgence. But thank God for post modernism I say, and long may the cutting edge of African luxury travel survive. 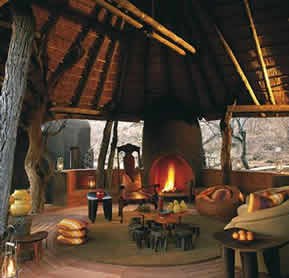 In addition to accommodation CC Africa also offers tailored safari services throughout the region that stitch together these static facilities in a safe and informative way. This is, after all, why people come to Africa, and the standards of guiding and safari operations in the region are universally high. Safaris typically combine elements of camp and lodge, with nights fairly evenly divided between canvas and thatch. Long evenings can be spent clashing crystal wine glasses around a teak wood dining table, or sharing the night sounds around a campfire under the waning southern cross, and with days spent in intimate commerce with the nature and wildlife that has no parallel anywhere in the world.

This is, of course, not to imply that the bush is all there is. Africa is a cultural kaleidoscope from north to south. It is a region of historical fascination; a land of mountains, of lakes and seashores; of Catholicism and Islam; of whales and battlefields; of black and white, and everything in between. It is a Mecca for food, drink, music and society, and much, if not all of this, can in one way or another be found in a CC Africa safari itinerary.