The Commemorations and Memories of a Race Struggle 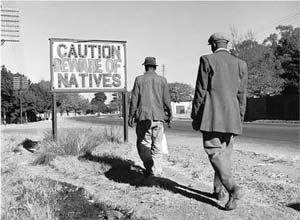 South Africa is one of the few countries in the world where the politics of revolution are a tourist attraction. Every backpackers lodge in Johannesburg offers a variant of the Soweto tour, and of course it is impossible to complete a visit to the Mother City without a trip across the bay to the penal settlement of Robben Island, where a peep into the prison cell of former president and iconic revolutionary Nelson Mandela is somewhat akin to a visit to Graceland. Moreover, one of the most compelling and popular sites on the urban map of South Africa is the Apartheid Museum of Johannesburg.

The Anti-Apartheid struggle of the 1980s was always more than the usual dry stuff of political revival, and had about it something of a global cultural movement. Symbolic shanty towns were built in the grounds of progressive universities the world over, and music concerts were held as old and young, academic or working class, punk rocker or hippie, were all in some way mobilized and involved in the last great push to end institutionalized bigotry and racism in Africa. The eighties generation is now the upper strata of the productive establishment, and has left it to a new generation to tour the halls of the Apartheid Museum in order to ponder and digest this vast anachronism that galvanized the world, and crumbled not a moment too soon.

The recent race history of south Africa is a grainy, two-tone and gritty affair, as reflected in the storm and steel of the Apartheid Museum building itself. It was a slow burning fire that only began to gather momentum at the turn of the 20th century, when, in 1910, the Union of South Africa gained independence as a dominion of the British Empire. Two years later the founding of the first substantive native political organization – the African National
Congress – advertised black entry into the inevitable race struggle that would follow – and two years after that the birth of the right wing Afrikaner National Party set the tone of white response. It was not until after WWII, however, with the formation in 1944 of the aggressive ANC Youth League by Nelson Mandela, Walter Sisulu and Oliver Tambo, and the subsequent rise to power in 1848 of the right wing National Party, that the lines of race conflict between black and white in South Africa were truly drawn.

It was after this that institutionalized racism, or the policy of apartheid as it came to be known in South Africa, was committed to statute in order to facilitate the separate development of the races. The black majority was thereafter largely confined to second class citizenship, and subject to a gamut of restrictions on its movement, education, employment opportunities and land tenure. The application of this policy continued on into the mid
1990s, and was defined by the lengthy incarceration of Nelson Mandela, the displacement, detainment, restriction and torture of many others, and the further application of increasingly restrictive race laws and their violent enforcement.

The Apartheid Museum itself offers a fascinating, if often disquieting journey through the process of black consciousness, politicization, radical action and liberation. The moment – April 1994 – when, after the first comprehensive democratic election in South Africa, the African National Congress assumed power, was a defining one for all. It marked the end of the liberation period of Africa’s history, one that had begun with the first violent expression of will of the 1950s and 1960s, and had continued with the bloody anti-colonial wars that
followed. The Apartheid Museum is a sombre memorial to this period; a period of spiritual impoverishment, of moral repression and racial delineation. In its austere architecture it is a reminder of past mistakes, of the courage and determination of the few who led the many, and the journey of all who contributed to change throughout the stolen years of South Africa’s history.

A necessary juxtaposition to this, however, is the equally austere Voortrekker Monument that is situated outside the nation’s capital of Pretoria. This monument, its architecture equally imbued with symbolism and gravitas, plots the escape of the white Afrikaner race from its own perceived oppression at the hands of the British Empire. The structure commemorates the Great Trek, one of the largest voluntary exoduses is recent history, and one that in the 1830s saw large numbers of Voortrekker (Pioneers) leaving the Cape in search of an independent homeland elsewhere. Fortified by gunpowder and a rigid set of protestant beliefs, these fringe Boer struck north and doggedly forged a route towards the founding of their two independent republics of the Orange Free State and the Transvaal. En route many of the early parties endured tremendous uncertainty and privation; and fought isolated and vicious campaigns against the Zulu and Matabele hordes; and prevailed primarily thanks to God’s apparent deliverance of a gifted people to their promised land.

This was the premise of the Voortrekker Monument, and moreover was no small part of the premise of the subsequent rise of white nationalism in South Africa. As a cultural philosophy it helps to explain how the racial policies that followed were allowed to be interpreted in terms so starkly black and white. The event, in all its desperate heroism, is portrayed most dramatically in a sculpted frieze that covers the four walls of the lower section of the monument, and is a breathtaking work of art from whatever side of the moral barricade one might choose to view it. The structure itself has a severe and rather masonic aspect, and is brooding and deeply respectful of one of the great events of South African history.

The Great Trek, and the racial struggle between Britain and Boer that set the stage for the the Anglo/Boer War of 1898, have tended in recent years to be overshadowed by the more current and dramatic rise of black power. However they are no less part of the wider montage of South Africa’s tortured race dynamic, and must by necessity be absorbed to understand the nature of this country. Both the Voortrekker Monument and the Apartheid Museum, as well as many other peripheral destinations across the race spectrum, afford a visitor to South Africa some insight into that very race dynamic that has, and still does, so much define the history, soul and future of the new Rainbow Nation.

The Apartheid Museum is situated on Northern Parkway & Gold Reef Road in Johannesburg, and is open from Tuesday to Sunday. Entrance is R25 for adults and R12 for children. The easiest way to get there is to make arrangements through the front desk of your backpackers lodge or hotel. There are a number of tour companies that include the Apartheid Museum on their itinerary, and usually that is the safest and easiest way to get there. Most of these companies, and most backpackers and other lodges, can and will facilitate a tour of Soweto Township, which was arguably the vortex of the anti apartheid struggle.

The Voortrekker Monument is situated in Pretoria West, just off the N14. Access is via the R101. It is a large and imposing structure that cannot be missed. It is, however, also featured on most major itineraries, and again it is usually best to visit it with a tour group organized through your lodge or hostel. Entrance fees are adults $32, and children R12. It is open to the public every day, usually between 08:00 and 17:00.

There are many other sites of historical interest in South Africa related to the anti-apartheid struggle, the Anglo/Boer War and the Anglo/Zulu war among others. There are also a number of agencies that deal specifically with battlefield tours which is a particularly fascinating and rich sector of the tourism industry in South Africa. A selection of these are: www.shieldtours.co.za, www.campaigntrails.co.za, www.africatravelservices.co.za