Getting Around in South Africa 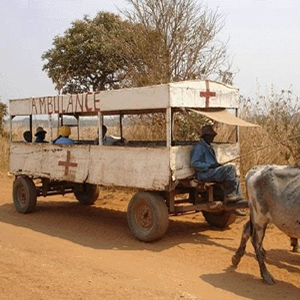 There is a striking dichotomy in South Africa that never fails to impress first time visitors, and indeed regular visitors, who find the extraordinary First World development evident everywhere strangely incompatible with the grinding Third World poverty that is equally ubiquitous.

The result of this, among many others, is a nation of extraordinary functionality and sophistication combined with shocking social problems and extremely high levels of crime.

It is therefore very important to consider how you will get around this huge country when you arrive. The surest way to avoid becoming a victim of crime is to make sure that you are never stranded in any downtown metropolitan area wondering which way to turn.

All the main cities of South Africa are covered by international grade airports. In particular the main centers of Cape Town, Johannesburg/Pretoria and Durban are very well serviced, but the smaller centers and provincial capitals are either currently equipped with a high standard of domestic airport, or will be in time for the 2010 FIFA World Cup Tournament. Here is a list of the main airports:

The two main international ports of entry are Cape Town and Johannesburg. Both of these airports are served by international flights operated by all the major national carriers. Internally the main operator is South African Airways. Besides this, however, there are also a number of smaller airlines operating domestic and regional/international services that make South Africa one of the most comprehensively covered nations in Africa in this regard.

South African business can also be relied upon to make sure that enough extra capacity is laid on for the increased traffic expected during the World Cup.

The issue of road travel is not dissimilar. South Africa enjoys a comprehensive highways system capped by an intercity freeway network comparable to any other in the world, and certainly years ahead of any similar developments anywhere else in Africa.

Bus & Coach: Several comprehensive coach services operate in South Africa and to and around most of the neighboring countries.

Car Hire: Every airport and hotel is linked into all the usual international car hire agencies, and a number of small local variants. From economy to expedition, there is a wide selection of vehicles available at internationally competitive prices. With such a user friendly road system that covers every corner of the country, this is definitely the way to travel.

Hitch hiking: This is a relatively quick route to impoverishment or suicide, so unless you want one or the other of these, avoid it.

Although perhaps not strictly ‘rail travel’, the South African Blue Train is a luxury rail tour service that ranks among the top three in the world. As a commuter option it is slow and extremely expensive, but for budget indifferent luxury train buffs, this is one not to be missed.

Intra and inter city train services are being thoroughly revamped for the Fifa 2010 World Cup Tournament so at least by then a safe and reliable commuter rail system will be in place. Prior to this the Metro system was largely overcrowded and dangerous, and this is certainly a welcomed addition to the South African transport infrastructure.

Inter-city is also being given much attention in the build up to 2010. The Gautrain rail system is designed to link Johannesburg and Pretoria with each other and Oliver Tambo International Airport, as well as certain key location within each city. Besides this there are premier as well as second and third inter city train services that have in recent years grown in popularity. These are generally of a high standard.

Armed with a little information, and perhaps even some advance bookings, there is no reason to ever be stranded anywhere in South Africa. This is a highly sophisticated and developed society with a diverse transport network and a well developed business ethic that keeps competition keen, standards high and prices low. Bon voyage !