The Garden Route of South Africa

The Cape region overlaps the two South African provinces of Eastern and Western Cape. The principal city is Cape Town, and the boundaries of the region are the southern limit of KwaZulu/Natal Province in the east and the western Atlantic seaboard. The coastal regions are green and well watered under a mild climate, growing progressively more tropical in the direction of KwaZulu/Natal. Inland, and to the west, conditions are more arid with a climate tending to the dry semi-desert of the Karoo. The coastline is rugged with interspersed beaches punctuated by a collection of beach towns and hamlets. Most of these are now typically vacation and retirement destinations.

Highly rated in the Eastern Cape is the Wine Route. There are a handful of variants to this tour, with each covering localised vineyards and wineries, included among which are many of South Africa’s most famous labels. There is even a wine region situated within the metropolitan area of Cape Town itself. 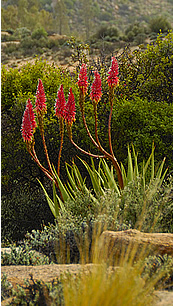 The renowned Route 62 is regarded as the longest wine route in the world, and although it does indeed ply through much of the wine region, it also visits many other sites of historic and cultural interest. This is the oldest region of settled European habitation in sub-Saharan Africa, and the mood and texture is genteel, rural and established. Expect a plethora of restaurant, lodge and B&B options, all trading off the local culture of food and wine.

The Garden Route is another highly recommended local road tour option, tracing the east coast through a rich montage of changing landscapes. The route is both well demarcated and excellently served by hospitality options and a diversity of restaurants, pubs and eateries. Cape wine and cuisine is again featured heavily here.

An annual Whale Festival is held in the town of Hermanus, some 100kms east of Cape Town, that celebrates the September arrival of migrating Southern Right whales. Further east the definitive Cape venture activity of cage diving is centred within and around the town of Gansbaai, thanks to its concentrated population of Great White sharks.

Other local attractions include Tsitsikhamma National Park, Addo Elephant National Park, the surfing Mecca of Jeffreys Bay, and of course the celebrated Wild Coast. Storm River, meanwhile, is reputed to have the highest commercial bungi jump in the world. 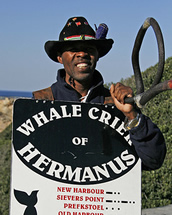 To the north and west of Cape Town the rugged coastline is dotted with simple, whitewashed fishing villages and towns, set against the arid backdrop of the Swartland. The food and wine hereabouts does justice to the region, with a particular focus on fresh seafood. This seldom visited part of South Africa is a favourite with local Capetonians.

Tiffendell, situated just outside the southern Drakensberg hamlet of Rhodes, is the only ski resort in sub-Saharan Africa. If you are an international ski freak then do expect too much here. If you want to say that you skied in Africa, then try it.

Inland summer temperatures can reach as high as 35ºC (95ºF), with as little a 400mm of rainfall annually. Winter temperatures average at a much more bearable 25ºC (77ºC)

The Cape has a strong appeal year round, with spring and summer being the most active and varied, although temperatures can be high inland and in the Karoo region. The December school holidays in South Africa is usually a busy time, so advance bookings are advisable. Winter can be a little cold and windy on the coast, and of course skiing at Tiffendell is only active in the winter.

Crime: The Cape shares the same general dangers of street crime and muggings as the rest of South Africa. Don’t be fooled by the atmosphere. Keep your wits about you and remember that South Africa is one of the most dangerous countries in the world. There are certain areas in the Cape that are more dangerous than others, although nowhere is particularly safe on the streets after dark, so seek and follow local advice on the matter of crime and general safety wherever and with whomever you go.

AIDS: Any kind of casual sexual encounter in South Africa, as with anywhere in the world these days, is to be discouraged. South Africa has one of the highest infection rates on the planet, about 1 in 4 of the population, so obviously extra caution is necessary when visiting any destination on the sub-continent.
In most of South Africa tropical diseases are rare. The Cape enjoys a generally mild temperate climate so incidences of malaria are almost unheard of. As a matter of policy a course of anti-malarial drugs are advisable, particularly if you intend traveling north or up the coast.
Travel Doctor clinics are to be found in all the major centres where you can get health advice on malaria, yellow-fever, AIDS and any other tropical diseases, and acquire all the vaccinations and prophylactics necessary for your extended journey.
Tap water is usually safe to drink.
Sunburn risks are high so hats, long sleeved T-shirts and sun screen are a must.