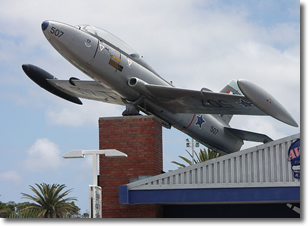 This is the Ten Minute airport, so named because it is reputed to be situated less than a ten minute drive from every major feature of Port Elizabeth, and indeed it is conveniently located immediately south of the CBD, and close to the southeastern shores of Algoa Bay.

Port Elizabeth Airport is a small facility primarily concerned with local and regional traffic. Various shuttles and air-links connect Port Elizabeth with the other national capitals of Johannesburg, Cape Town, Durban and Bloemfontein. Although it is small, Port Elizabeth Airport is being upgraded to handle increased traffic expected for the Fifa 2010 World Cup Soccer Tournament, and is service by a good selection of shops, ATMs, restaurants an banks.

Good bus and meter taxi access to downtown Port Elizabeth, with special services in place to handle increased traffic during Fifa 2010.
Most major hotel chains run airport shuttles, and most accommodation options in and around the city operate either a regular shuttle or a prearranged airport pick up.
Warning

South Africa is a high crime region, so extra care is advisable at all times. This is particularly true when choosing taxi operators and busses, and it makes sense to always check that your carrier is a listed, reliable and registered operator, which can be confirmed at any of the many information centres.