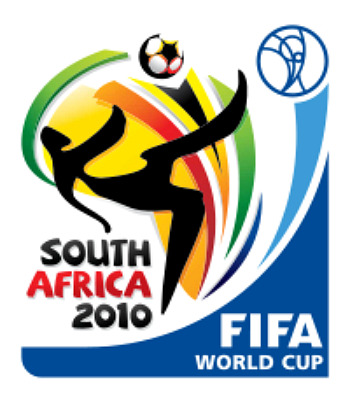 After endless controversy, countless predictions of failure and many of the usual hiccups and hurdles, the countdown to the FIFA World Cup 2010 Soccer Tournament is on.

Welcome to the BootsnAll 2010 How To Get Around South Africa Page for those contemplating a trip to the tournament and a bit of travel afterwards.

Nine South African cities will be hosting matches, with all the usual suspects, and a few smaller, regional centers thrown in to enliven the mix.

South African cities enjoy great regional variations, from the dusty bushveld capital of Polokwane, the gateway to the lowveld and Kruger National Park, to the national capitals of Johannesburg and Cape Town. The best of South Africa is showcased in these cities.

Here is a look at each one…

Cape Town This is one of the world’s most celebrated cities, home to the rich and famous, and of course the cream of South African society. It is also the Parliamentary capital of the nation, and as the oldest metropolitan center, it is steeped in a fusion of European cultures. Cape Town is also the focal point of the the Garden Route, and of course the iconic South African wine routes…

Johannesburg The rough and ready economic capital of South Africa, Johannesburg still has touches of the gold rush about it. This is a vibrant, cosmopolitan city with a diverse population drawn from across the length of Africa and beyond. Arts, music… and of course sport all make the City of Gold famous. Hold onto your hat and take a few days to absorb the pace of life in the beating heart of the nation…

Pretoria/Tswane Pretoria is the state capital. It is the home of the seat of government and most of the main embassies, but besides that it is a laid-back city with few of the surface impressions of a big center. Home to the University of Pretoria, it enjoys a fusion of old and young, with sprawling suburbs, a vibrant downtown scene and a plethora of museums and galleries, it is a great option as a travel base…

Durban This is South Africa’s main Indian Ocean port, and is the the capital of the eastern KwaZulu/Natal of South Africa. The gateway to the South Coast, the flavor of Durban and its hinterland is a mixture of the British colonial heritage and the east Indian culture that flourishes all over the city. Sun, surf and spicy seafood, Durban is soccer mad and the third of the main match venues for 2010…

Bloemfontein In the heart of the Orange Free State lies Bloemfontein, or Bloem, a settlement named after a pioneer ox. It has since then grown into the judicial capital of South Africa and a warm, friendly and historic city. This is one of the most laid back metropolitan areas in the country, a town with a wide selection of museums, galleries and monuments, and a very moderate pace of life…

Port Elizabeth The Windy City, Port Elizabeth is a young and vibrant city with a flush of clubs and bars along the waterfront from where the colorful kite surfers decorate the horizon. This is the gateway to the Garden Route, one of the most beautiful regions of a beautiful country. Enjoy the local wine routes and lodges and spas, as well as the famous Addo Elephant National Park…

Nelspruit The capital of Mpumulanga Provice and the gateway to the lowveld. Nelspruit offers access to the northern Drakensberg and the great Kruger National Park. A small but energetic town, and the economic capital of the region. Look out for the Blyde River Canyon, Pilgrims Rest, Sudwala Caves and of course Kruger Park itself…

Polokwane Capital of Limpopo Province, Polokwane, formally Pietersberg, is the gateway to the north and the last city en-route to Zimbabwe. It is a small, vibrant and warm hearted regional capital with an excellent reputation for hospitality and services, and much to see and do in the surrounding countryside. This is the main access point to the northern Kruger National Park…

Rustenberg Known primarily for the Sun City hotel and casino complex, Rustenburg has traditionally been the first line of escape for the urban dweller of Guateng to get out of town and absorb a little of the splash and color of Sun City, and well as the undisturbed nature that characterizes so much of South Africa. Rustenburg is right in the heart of the bushveld so look out for great scenic drives and national parks…

South Africa has pulled out all the stops to showcase Africa as a viable destination for such an important international event, and a series of world class venues have either been built from scratch or comprehensively upgraded to accommodate the influx of visitors and fans expected for tournament.

All the cities chosen to host matches for the FIFA World Cup 2010 are served by the world class ports of arrival that are to be expected in South Africa.

Gautrain: Gautrain is a state of the art inter city rail transport system touted to be ready for the first influx of visitors to the metropolitan region of Gauteng, comprising the cities of Durban and Pretoria. The official website lists routes and construction updates.

Getting from City to City

Car Hire: A comprehensive system of car hire is available in South Africa, with all the main international car hire companies represented, and many other local companies offering excellent deals on all styles and standards of vehicle. Get your bid in early though, since the rush is bound to see the best deals snapped up. If you prefer not to drive or are pressed for time, there are also several low-cost carriers offering flights within South Africa.

Visitors from the west will recognize a lot of international brand name hotels in the all the main South African cities, as well as a huge variety of private hotels, local franchises, lodges, guest houses and B&Bs. Once again there is likely to be a tremendous last minute rush for hotel space as the kick -ff date draws near so early booking is the key.

South Africa is a hugely popular international travel destination in Africa, with the best transport and communications infrastructure in Africa, and a wider selection of tour operations and diverse activities than just about anywhere in the developing world. With cosmopolitan cities and gorgeous natural surroundings, there is seemingly no end to the possibilities for things to do in South Africa after the World Cup. Here are a selection of destinations and activities to help you celebrate or commiserate after the last ball has hit the back of the net.

South Africa has a terrible reputation for crime, but it also has superb law enforcement facilities and every effort will be put into providing for the safety of visitors entering the country in 2010. However the best law enforcement in the world cannot cover for all the variations of human idiocy, so the emphasis remains on the visitor to remember that South Africa is a high crime country, and sensible precautions and rational behavior will be the best protection against any unfortunate incidents, or worse. It’s highly recommended to invest in some travel insurance.