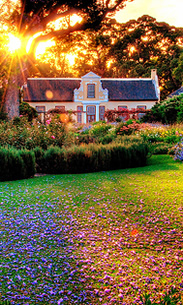 The Bantu and the Dutch

Perhaps the most interesting and little known fact is that, in 1652 when a flotilla of three Dutch ships landed at the Cape, they preceded the Bantu by a little less than a century. The Bantu, or what are commonly regarded as the indigenous peoples of the region, are of migratory origins, and only appeared on the borders of the Cape towards the middle of the 18th century. Even to this day this fact remains pivotal to some white claims over the region, and certainly it has persistently confused the issue of land rights in the Cape Provinces.

The original inhabitants, as was the case through most of southern, central and east Africa, where a Neolithic race best illustrated by their only surviving cousins, the Bushmen of the central Kalahari. Known in the south as the Khoisan, they were a largely hunter/gatherer race manifestly ill equipped to resist the advances from the south of the Europeans, and from the north the Bantu. Over the course a millennia or more the Bantu had been on the move, migrating out of the west and central African zone, following the lakes and valleys of the great rift valley, eventually displacing the San and Khoisan and settling virtually the entire continent. The San were driven into the Drakensberg, where small groups survived until relatively recently, and to the very fringes of viable existence amid the desert sands to the west.

The Dutch occupied and developed the peninsular until, after several occupations and returns, the colony was ceded to the British Crown as part of the Anglo/Dutch Treaty of August 1814. Thereafter the colony remained an economic backwater of the British Empire until the discovery of diamonds in the Griqualand West region in 1869. This, and the later discovery of gold in the Witwatersrand, prompted a flood of immigration, and in due course the inevitable war between Briton and Boer followed. In 1910 the Union of South Africa was founded out of the disparate republics, colonies and protectorates at which point Cape Town became the legislative capital

The Dutch arrived ostensibly to provide a way station for shipping moving from the Atlantic to the Indian Ocean on behalf of the Dutch East India Company, and this was followed by similar British strategic interest in the settlement as a maritime port. An examination of the city’s demographics, however, reveal that neither black nor white dominate, but the Cape Coloured community, with 53.9% of the provincial population. This suggests a rather large fifth column of mixed race ancestry that owes it’s origins in the main to slavery and imported bonded labour, but also to the general race mixture that occurred as a consequence of Cape Town occupying a pivotal point at the apex of many trading routes. Influences from as far afield as Europe itself, Indonesia, India, Madagascar, Malaya, Mozambique, Mauritius, St. Helena and the hinterland of Southern Africa itself merged at the Cape. It is from this that the dominant Cape Malay culture emerged.

The Cape Malay influence on the peninsular is manifest in art, music, language, religion and lifestyle, but most potently and effectively in cuisine. It is here that the mix of flavours hint most strongly at the true mix of cultures. Cape Malay cuisine, also sometime known as Cape Dutch cuisine, borrows from each of the dominant races of the Cape, some more than others, creating an unusual blend of tastes and textures that go exceptionally well with the other striking aspect of Cape society: wine.

The Cape wine industry is as unusual and unexpected a sight in Africa as the oak lined avenues, cobblestones and squirrels of the old city itself. One of the earliest manifestations of Cape/Dutch culture, the wines of the region were pioneered principally by Cape Governor Simon van der Stel, who produced his Vin de Constance from grapes grown on his own Constantia estate to a certain amount of local appreciation. This set in motion an industry that over many generations would draw considerable acclaim from, among many others, Frederick the Great and Napoleon. Production has tended to be concentrated in the areas around the Cape, with the main wine regions being Paarl, Worcester and Stellenbosch. In recent years KwaZulu/Natal has shown promise, while the Northern Cape, home of South Africa’s Sultana crop, also has been making inroads into local production of late.

From the point of view of a wine traveller it is the regional Cape Winelands appellation of the Western Cape that provides the widest diversity and the greatest concentration of interest. It is also an almost incidental pleasure that the regions most populated by vineyards and wineries are also those of the greatest social refinement and most pleasing physical backdrop. So, as you tour the Wine Route, your enjoyment of the many labels and vintages will be complimented by excellent cuisine, superb local accommodation, and a diversity of wonderful settings.